Narang misses out in KSS shooting

Rajasthan’s Yashwardan settled for bronze with 229.9. 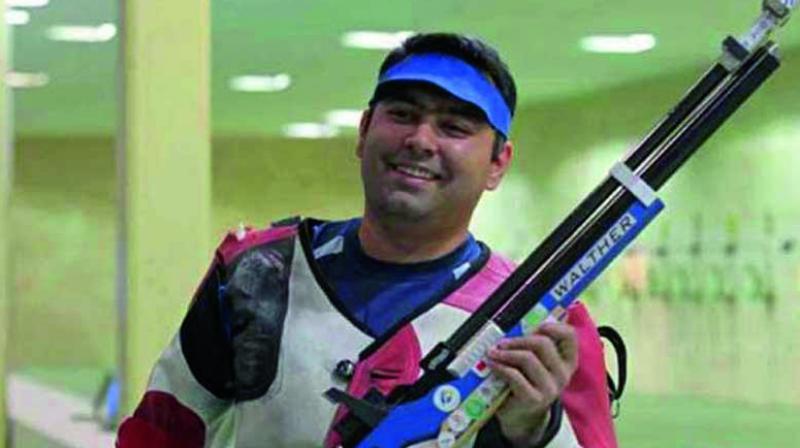 Even though he had topped the charts in qualification, 2012 London Olympics bronze medallist Gagan Narang missed out on a podium in the 10m air rifle category as Madhya Pradesh’s Anil Kumar did the star turn to annex gold on the second day of the 18th KSS Memorial shooting championship at the Karni Singh Ranges in the capital on Thursday.

Anil started off on the right note and maintained his grip to score 246.7 for the gold medal, while Air Force’s Manoj Dalal took second place with 245.2.

In the 10m air rifle youth men category, Aishwarya Tomar of Madhya Pradesh had thought he had done enough to clinch gold as he scored 249.9, but Sahu Mane of Maharashtra had other plans as he shot his way to a narrow difference of .2 on the cumulative score line (251.1). Rajasthan’s Yashwardan settled for bronze with 229.9.

However, the lad from Rajasthan didn’t lose focus when it came to the 10m air rifle junior men event and sealed the gold medal. Mane struck silver while another Maharashtra lad, Lagad Gorak, settled for the bronze medal. Gun for Glory para-shooter and last year’s defending champion in the 10m air rifle standing championship (para), Swaroop Unhalkar of Maharashtra, left his opponents behind as he defended his title with a score of 608.5.