Sports   In Other sports  16 Aug 2019  Andy Murray to skip US Open doubles to focus on singles
Sports, Tennis

Andy Murray to skip US Open doubles to focus on singles 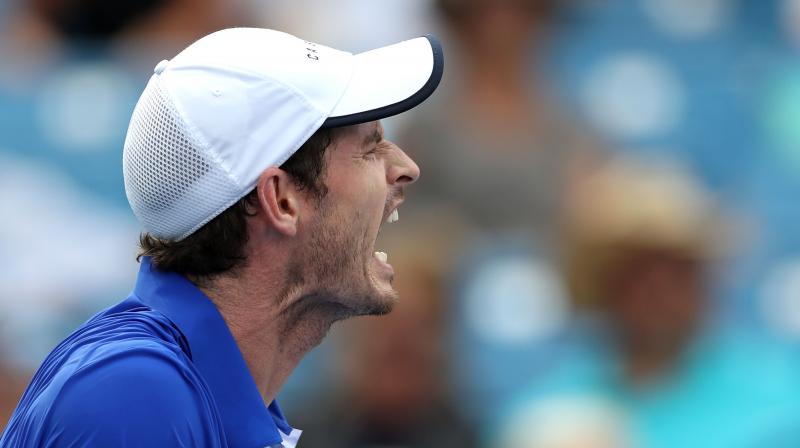 Andy Murray is to skip the US Open later this month where he was scheduled to play doubles so as to get more singles matches under his belt. (Photo:AFP)

London: Andy Murray is to skip the US Open later this month where he was scheduled to play doubles so as to get more singles matches under his belt, the former world number one old the BBC.

The 32-year-old Scotsman lost in straight sets to old foe Richard Gasquet earlier this week in Cincinnati in what was his first competitive singles match since undergoing 'life-changing surgery' on a hip in January.

The three-time Grand Slam champion has been playing plenty of doubles -- he won the Queen's title with Feliciano Lopez on his return to the circuit in June -- but said he had decided to give it a miss at the US Open which gets underway on August 26.

"I'm not going to play doubles at the US Open," Murray told BBC Sport.

"My goal is to get back playing at the level that I want to on the singles court, and I've decided that I need to focus all my energies on that right now.

"The US Open, doubles and mixed, can be another couple of weeks that you are slowing things down.

"Because I want matches, and that's what I need right now." The two-time Olympic singles champion took up a wild card entry for Winston-Salem singles next week and then might compete at a Challenger tournament.

There is a Challenger event at Newhaven, Connecticut, in the second week of the US Open.

"I've hardly played the last couple of years and, having discussed with my team, after this week I think doubles is done for me for the time being," he said.

Along with Spanish veteran Lopez he will play his brother Jamie and partner Neil Skupski in the quarter-finals at Cincinatti on Friday, his last doubles appearance, at least for now.

"I need to focus my mind on getting matches on the singles court. There aren't many tournaments between now and the end of the year."

Murray said he would make up his mind about his immediate programme after reviewing how he performs next week at Winston-Salem.

"So if I do well in Winston-Salem, I'll know my level is good enough and I'm ready to win matches at tour level, but if not it makes sense to drop down a level and maybe play some smaller tournaments."

Murray -- who at one point had toyed with the idea of playing singles at the US Open -- is scheduled to feature in two events in China in September, Zhuhai and Beijing.

The Shanghai Masters in the following week is another option, after which Murray says he hopes to play "three or four events" indoors in Europe before the end of the year.