Hong Kong Open: Indian hope over as Kidambi Srikanth gets knocked out

With Srikanth's defeat, the Indian challenge in Hong Kong Open also came to an end. 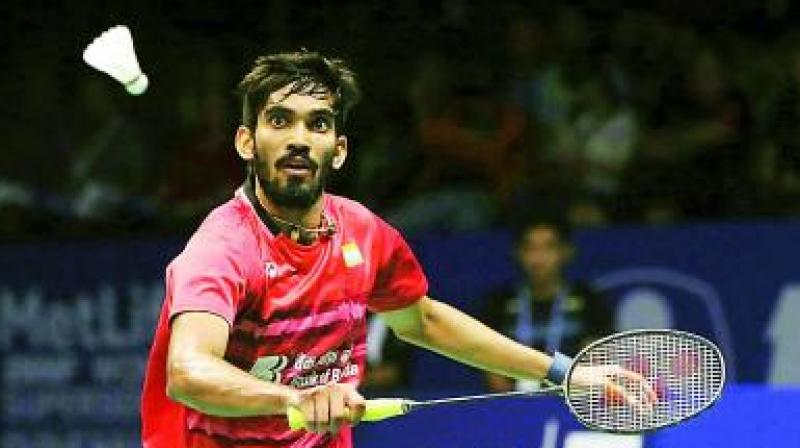 The former world no 1 Kidambi Srikanth squandered six game points in the second game to suffer 9-21, 23-25 in a contest that lasted 42-minutes. (Photo: File)

The former world no 1 squandered six game points in the second game to suffer 9-21, 23-25 in a contest that lasted 42-minutes. It was his first semifinal appearance since making the last four at the India Open Super 500. He had finished runner-up at the event.

Srikanth fell back early in the opening game with Lee opening up a 6-1 lead. The Indian tried to catch up but failed to narrow the gap. In the second game, Srikanth stepped up the gas taking an early 5-1 lead. However, Lee soon restored parity.

The shuttlers fought neck and neck with Srikanth surging ahead but the Indian lost momentum, eventually conceding the match.

Srikanth had beaten the 23-year-old Lee in straight games at the India Open last year in their only career meeting. With Srikanth's defeat, the Indian challenge here also came to an end.