Basketball icon and 2014 NBA Most Valuable Player, Kevin Durant will be visiting India in mid-2017. 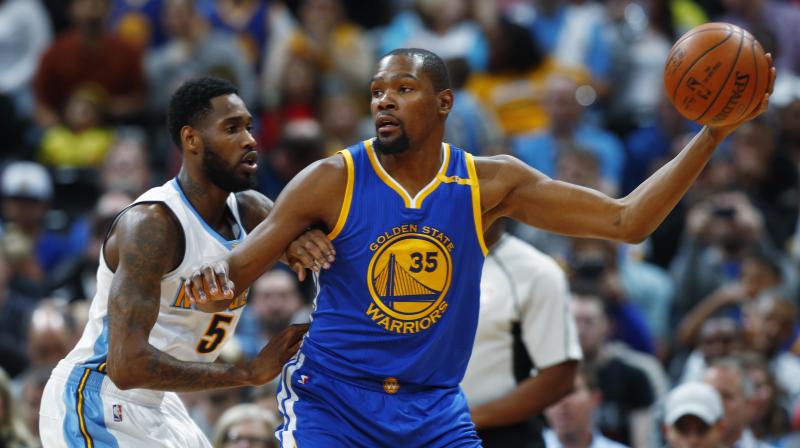 “I will be the first NBA player going to the Academy,” Durant said. “I’m super excited about it, to grow the game of basketball to a new level. I’m so excited about the grassroots programme. I’m looking forward to it. It should be a great time.”

It’s a common misconception that Indians can’t do well at basketball due to their short height. Durant sighted the example of Stephen Curry – 2015 NBA Champions and two-time MVP – and said, height is secondary to fundamentals. The two-time Olympic champion said it’s more important to have the fundamentals – dribbling and passing – in place.

“You have some great examples here in All-Star weekend in Steph Curry and others, guys who were not the biggest, fastest and strongest but they made it work. Great players in our league, hall of famers.

“Those guys are great for our game and definitely have given a lot of hope to people around the world that they can play in our league. You work on your skills, on your fundamentals, it is going to happen,” added Durant.

Durant made a controversial move in summer, when he switched form Oklahoma City Thunder to NBA favourites GSW. The move was even dubbed as ‘betrayal’.

The basketballer is happy to play with his new teammates, Durant said, “The transition has been smooth and I am playing with selfless players like Klay (Thompson), Steph (Curry), Draymond (Green). They have gone out of their way to make me feel comfortable and I am trying to return the favour by playing as well as I can.”

Durant is having his best season of his career, yet his name is missing from the 2016-17 MVP debate. But as far as the player is concerned, he couldn’t care less.

“I am just trying to learn to get better, MVP and awards are not in my control, so it’s great if happens, but my plan is to help my team,” signed off Durant.