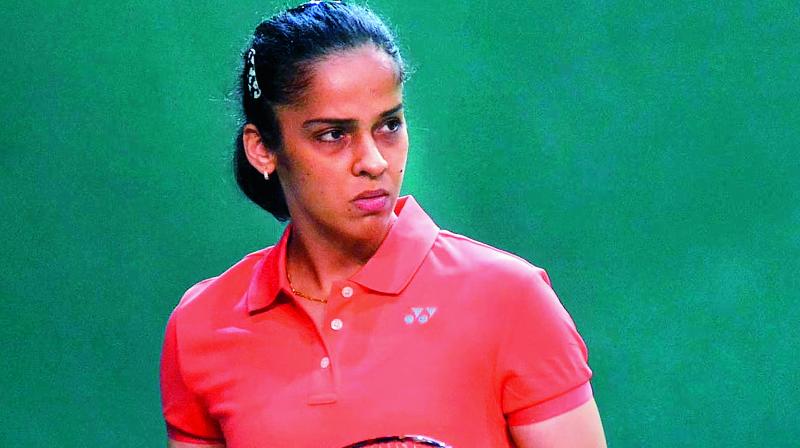 Saina Nehwal’s series of tweets a couple of days ago criticising the Badminton Association of India (BAI) has created a huge stir in the world of badminton.
The former World No 1 had expressed her inability to take part in the selection trials (April 15-20) for the Commonwealth and Asian Games, citing a packed schedule and schedule mismanagement of the association.

She tweeted that she had earlier written to the Association asking for exemption, but hadn’t heard back from them. She said as a senior player, it was not possible for her to participate in back-to-back tourneys, and she might be risking injury.

From a workload perspective, Sania’s point can be understood, and she hasn’t been in the best physical shape of late, having been dogged by recurring injuries.
However, insiders in the badminton fraternity feel her tweets are directed at what she believes to be the special treatment given to fellow player H.S. Prannoy.

The BAI had given direct entry to players who hold the top 15 ranks, while shuttlers from 16 to 50 on the latest world rankings list released on March 29 will have fight it out in the selection trials. Prannoy’s rank is No: 23 (men category). However, BAI had exempted him from the  trials based on his current form.
Perhaps, Saina, who is also ranked No; 23 (women category) was upset with this decision. Though she doesn’t explicitly say so, the timing of her tweets can’t be a coincidence.

“It is a case of a player getting upset over special treatment given to another player,” says a badminton official, and acknowledges that players could feel disheartened.

However, the official argues that Prannoy’s recent form (including reaching the finals of the Swiss Open Super 300) has been great and he has performed consistently in the major championships, beating top players.

Players have the right to decide

Post-pandemic, countries have been going all out to host sports championships.
However, players have the right to decide which championship they want to take part in, given the exhausting workload and consequent likelihood o f injury.

On the flip side, since the pandemic had disrupted domestic and international tournaments, selection trials are perhaps the only way to determine where players stand in terms of ranking and fitness.

Prachi Tehlan, former captain of the National Netball team which participated in the 2010 Commonwealth Games, feels players aren’t justified in taking on officials. There were no tournaments earlier, she points out, and now that the Association is scheduling them, criticising the Association isn’t a smart choice.

While Saina has openly expressed her opinions in the past too, former badminton league senior official and sportscaster Sunil Yash Kalra feels that when an iconic player like Saina joins a political outfit (in this case the BJP) a feeling of entitlement happens.

He believes that players should not have this attitude, and selection should be merit-based. He says the feeling of entitlement sets the dangerous field for tussle, and should not exist in the sporting system. “Why would a player want to challenge the Federation,” asks Sunil, and asserts that any player associating with a political outfit is bound to be at loggerheads.

Saina’s choice of words has also been criticised.  She tweeted, “It seems like they’re happy to put me out of CWG n Asiad,” and “I wish we had better understanding about how to manage a schedule and not announce events with 10 days notice.”

Such statements could put the Association’s back up to such an extent that it might even cost the two-time Commonwealth Games gold medallist her career. Also, many analysts feel that social media is certainly not the platform to vent annoyance.