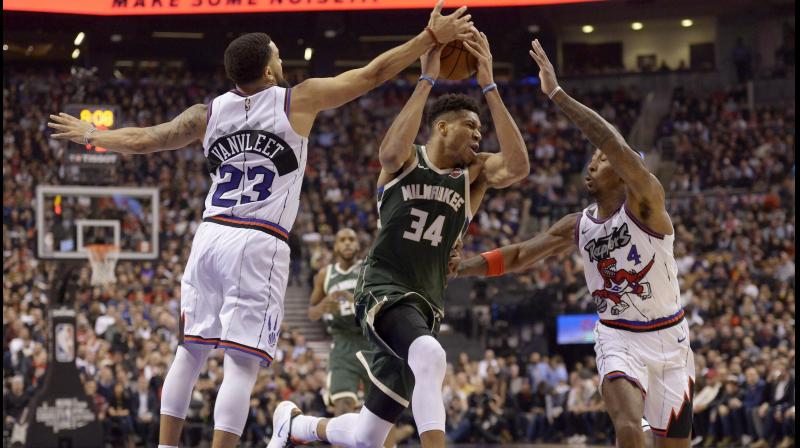 Los Angeles: The NBA and its players’ union agreed on a plan for reducing player compensation should games be permanently cancelled amid the Covid19 pandemic as commissioner Adam Silver said Friday it remained unclear when the league might be able to plan for a resumption of competition.

Silver, speaking to reporters on a conference call on the eve of what should have been the start of the NBA playoffs, said the league was "not ready to set a date of how long we can wait before we can no longer continue the season.

"Everything is on the table, including potentially delaying the start of next season," he said, according to the Miami Herald. "We are not in position to make any decisions, and it's unclear when we will be.

"We still don't have enough information to make a decision."

Silver spoke after the league confirmed that beginning on May 15, 25% of player salaries will be withheld from their bi-monthly wage payments.

The plan, agreed with the National Basketball Players Association, will "provide players with a more gradual salary reduction schedule" in the event that games are officially cancelled.

The collective bargaining agreement between the league and NBPA stipulates that compensation of all players will be reduced in the case of a "force majeure" event such as an epidemic or government order that forces loss of games.

The amount of actual salary players will lose will ultimately be calculated based on the number of games missed.

The NBA suspended its season on March 11 after Utah Jazz Center Rudy Gobert tested positive for Covid19. Seven NBA players have been reported to have tested positive.