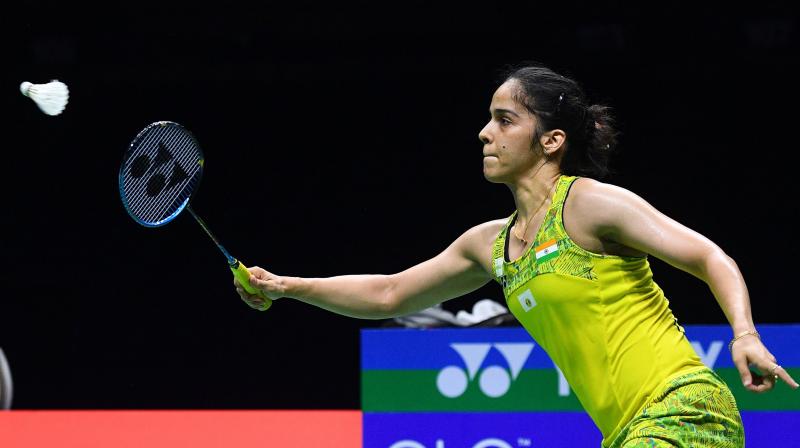 Saina Nehwal bowed out after a narrow loss at the USD one million China Open World Tour Super 1000 tournament in China. (Photo: AFP)

Changzhou: Olympic and world championship silver-medallist PV Sindhu on Tuesday progressed to the pre-quarterfinals but Saina Nehwal bowed out after a narrow loss at the USD one million China Open World Tour Super 1000 tournament here.

The third-seeded Sindhu, who had clinched the China Open title in 2016, defeated World No. 39 Saena Kawakami of Japan 21-15, 21-13 in the opening round at the Olympic Sports Center Xincheng Gymnasium.

Men's doubles pair of Manu Attri and B Sumeeth Reddy, the national champions, defeated Chinese Taipei's Liao Min Chun and Su Ching Heng 13-21 21-13 21-12
in 39 minutes to enter the second round.

The women's singles match between Sindhu and Saena started out as a close contest before the Indian broke off to grab a 13-7 lead at one stage.

She kept dominating the rallies and pocketed the opening game without much trouble.

In the second game, Sindhu zoomed to a 6-0 lead but Saena managed to make it 8-10 before the Indian entered the interval with a slender 11-9 lead.

After the break, Sindhu jumped to 15-11 before grabbing eight match points at 20-12 and sealed it comfortably.