Deshpande happy to realise his dream 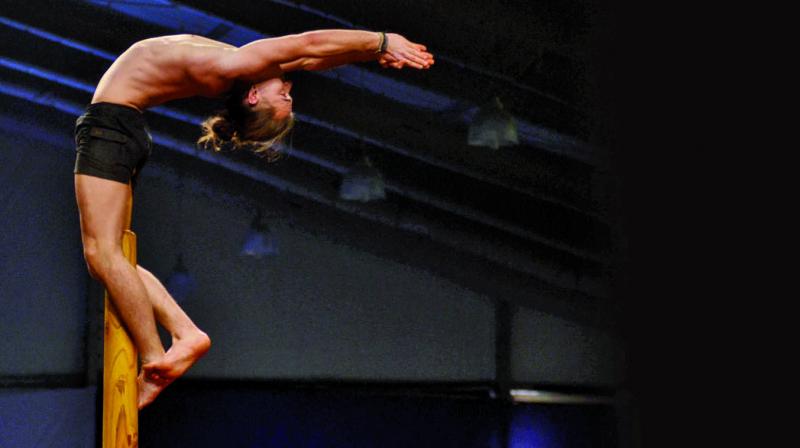 Renowned Mallakhamb coach Uday Deshpande is a happy man after successfully hosting the first ever Mallakhamb World Championship at Shivaji Park this weekend. Indian athletes as expected dominated the event and there were some impressive performances from the foreign athletes as well.

“I have been going abroad to promote the sport and have traveled to 35 countries. We were particularly working on to host the world championship since 2006 and finally it has happened. It was a fantastic event and dream come true for all of us at Shree Samartha Vyayam Mandir,” Championship Director Desphande said.

Deshpande is also the Director and Secretary General of the Vishwa Mallakhamb Federation that organised the two-day event revealed that the next edition will be held in New York.

“We are looking forward to host next event in New York after two years. We have got tremendous response here with participation from 15 countries. We will be travelling to many countries to conduct coaching camps and promote the game in other countries to increase participation in the second edition,” he added.

The 65-year-old who has dedicated his life to the traditional sport in Maharashtra was presented with Shiv Chhatrapati life-time achievement award recently but Deshpande wants more than awards.

“An award is not enough. We need support from the government in promoting the game across the country. We want Mallakhamb in national games and part of rural and other sports festivals. In school games there is just one U-19 category, other junior categories should be also introduced,” he urged.

Meanwhile, India emerged as winners in the women’s team event at the first Mallakhamb World Championship that concluded here on Sunday. The team championship was won by India with 244.73 points, while Singapore stood second with 44.45 and Malaysia came third with 30.22 points. The Indian men’s team missed a gold medal in the team championship as no other country fulfilled the criteria of having a team of minimum four players.

Himani and Pratiksha More (Satara) had close fight in the pole and rope combined event but Himani prevailed with 74.70 points as compared to More’s 74.40. Japan's Keiko Takemoto won the bronze medal with 53.10 points.

During the event, German mallakhamb team coach Ruth Anzenberger presented an audio-visual presentation about the workshops and practice of the ancient Indian sport held in his country. The German team also demonstrated their skills on rope as well as pole mallakhamb, the release stated. The traditional sport is characterised by athletes performing a variety of yogic and gymnastic poses while suspended from a rope or on a pole.