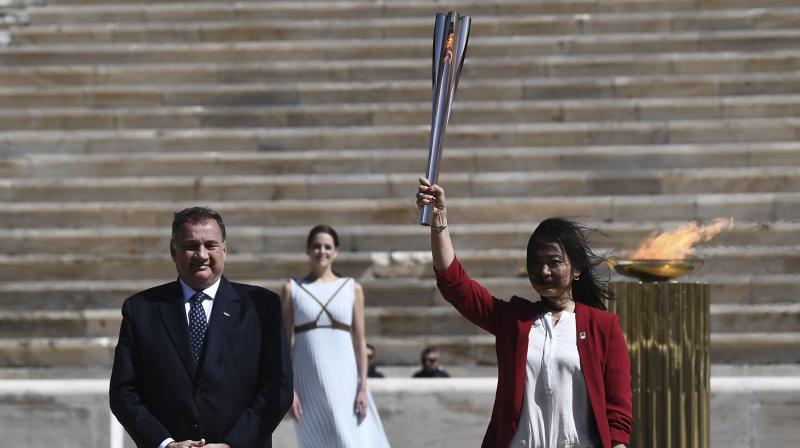 Athens: Greece on Thursday handed over the Olympic flame to Tokyo 2020 organisers at a ceremony held behind closed doors amid calls for the Olympics to be postponed over the coronavirus pandemic.

In the absence of spectators, Olympic gymnastics champion Lefteris Petrounias ran a lap with the flame and Olympic pole vault champion Katerina Stefanidi lit a cauldron inside the all-marble Panathenaic stadium, where the first modern Olympics were held in 1896.

The flame was then handed to Tokyo 2020 representative Naoko Imoto, a swimmer who competed in the Atlanta 1996 Olympics. Imoto, a UNICEF representative, was reportedly a last-minute appointment as she already lives in Greece and did not have to travel from Japan.

Greek President Katerina Sakellaropoulou in a statement said the ancient Olympic values of "concord, goodwill, brotherhood... are the weapon to use" against the virus.