Still in the saddle: Australian racing goes on amid pandemic

It ensures racing can exist without on-location spectators, with diehards able to watch and wager from home 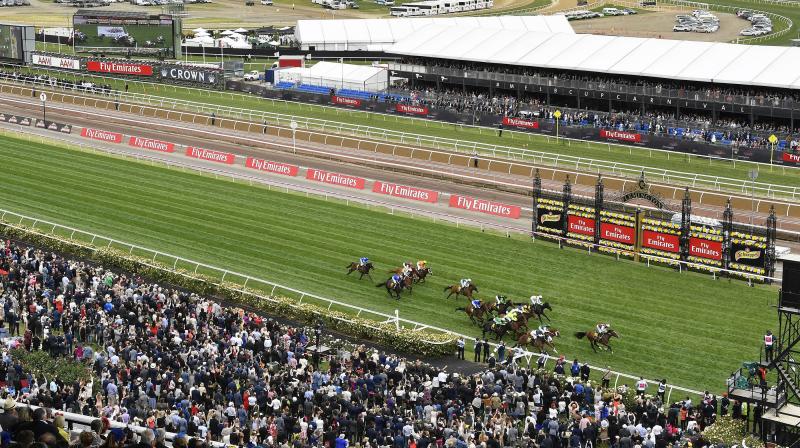 Sydney: It's arguably more popular in Australia than any other country, so it's no surprise that horse racing is continuing -- minus the spectators -- despite the increasing travel and other restrictions amid the coronavirus pandemic.

The multi-billion dollar racing industry employs 2,50,000 part- and full-time workers in Australia, where there are more than 360 thoroughbred tracks. That's roughly one for every 68,000 people, a world-leading ratio by a considerable margin.

Australia boasts some of the world's richest races. The Melbourne Cup -- "the race that stops a nation'' -- is one of the country's strongest cultural institutions. Sydney hosts The Everest, the $8.6 million sprint. It also has the most lucrative race for two-year-olds, the Golden Slipper, to be run this Saturday, in front of empty grandstands. Rosehill Racecourse would usually be crowded for this.

At least racing can exist without on-location spectators, with diehards able to watch and wager from home. And that's been the only option since measures were brought in last week limiting race days to participants only: jockeys, trainers, racetrack officials, media, and workers such as farriers and ambulance personnel.

The virus outbreak has coincided with some of the biggest events of the southern hemisphere autumn carnivals in Australia's two largest cities of Melbourne and Sydney. The Golden Slipper day, for instance, features five Group 1 (or Grade 1) races.

Aside from the removal of race day atmosphere, participants are having to become creative to do what they love in the time of coronavirus. Particularly some of those people who now need looking after the most if racing is to continue -- the jockeys.

They are already being kept apart from other industry participants on course, but more and stricter measures are set to follow.

Melbourne will host a Group 1 sprint Friday night, the William Reid Stakes. Usually, some Sydney-based jockeys would fly to Melbourne for the night and return to Sydney the next morning for Golden Slipper day.

But racing officials have banned riders from shuttling between states on commercial flights for fear they will catch the virus.

So prominent jockey Hugh Bowman -- the regular rider of the former top-ranked Winx -- and a fellow Sydney jockey Tommy Berry, set out by car on Thursday for the 545-mile (877-kilometer) drive to Melbourne.

Completing the 10-hour drive to return for Sydney's big Saturday meeting would have been trickier. Luckily, a handful of prominent Melbourne-based jockeys -- taking rides in Sydney -- have chartered a private jet to dodge the commercial flight ban. Melbourne racing officials have helped by rescheduling the William Reid Stakes to run an hour earlier than planned, so the jockeys' flight can arrive at Sydney airport before its usual night-time curfew.

Racing officials "felt if we took those steps and followed the protocols ... we can keep our industry going,'' the jockey organizing the charter flight, Craig Williams, told local media. "I'm happy to do what we're told so we can keep racing.''

Increased curbs on jockey movement are almost certain to be imposed.

Leading Sydney jockey Nash Rawiller summed up the unusual impacts of the virus on the industry.

``It feels a bit different," he told the Sydney Morning Herald, "but if it is the way we keep going, we just have to do it.''