Sameer Verma, Prannoy look to bounce back at US Open

The former national champion was then forced to withdraw from last week’s Canada Open after failing to get his visa on time. 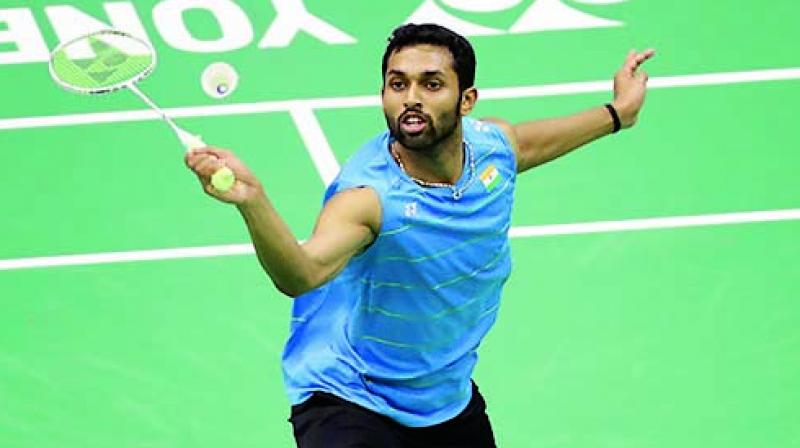 New Delhi: A fit again Sameer Verma will look to put his best foot forward at the US Open Grand Prix Gold badminton tournament, beginning in Anaheim on Wednesday.

Sameer, who had reached the 2016 Hong Kong Super Series final and won the Syed Modi Grand Prix Gold this year, had suffered a shoulder injury and couldn’t participate in Indonesia and the Australia Super Series last month.

The former national champion was then forced to withdraw from last week’s Canada Open after failing to get his visa on time.

The 22-year-old will look to hit the ground running when he opens his campaign against Vietnam’s Hoang Nam Nguyen. H.S. Prannoy and Parupalli Kashyap will also look for return to form after early exits in Calgary.

Kashyap has a tough task ahead when he meets top seed Korean Lee Hyun Il, while second seed Prannoy will face Austria’s Luka Wraber in the opening round.

Among other Indians in men’s singles, Abhishek Yelegar will take on third seed Brice Leverdez of France, Lakhanee Sarang will face Japan’s Kenta Nishimoto and Harsheel Dani will square off against Mexico’s Arturo Hernandez at the Anaheim Convention Center Arena.

In women’s singles, national champion Rituparna Das and Ruthvika Shivani Gadde will lead the charge in the absence of Saina Nehwal, who pulled out of the event. Shivani faces third seed Japan’s Aya Ohori, Sri Krishna Priya Kudaravalli is up against USA’s Maya Chen and Sai Uttejitha Rao Chukka takes on the Netherland’s Gayle Mahulette.