The men's singles trio of Kidambi Srikanth, B Sai Praneeth and H S Prannoy advanced to the second round. 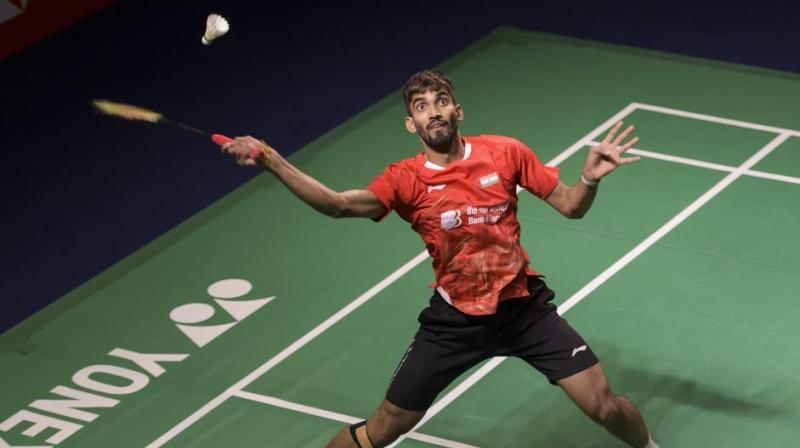 Srikanth, who is coming back after recovering from a knee problem, will face Israel's Misha Zilberman. (Photo: PTI)

Basel: Indian shuttlers had a good day in the office at the BWF World Championships with the men's singles trio of Kidambi Srikanth, B Sai Praneeth and H S Prannoy advancing to the second round here on Monday.

Former World No 1 Srikanth, who has not won a title at the BWF World Tour in the last 22 months, stave off a spirited a challenge from Ireland's Nhat Nguyen 17-21 21-16 21-6 in a match that lasted an hour and six minutes to join Praneeth and Prannoy in the second round.

Srikanth, who is coming back after recovering from a knee problem, will face Israel's Misha Zilberman.

Praneeth, ranked 19th, who has been conferred with the Arjuna Award, defeated 66th-ranked Jason Anthony Ho-Shue of Canada 21-17, 21-16 in a first-round clash lasting 39 minutes. He is likely to take on Lee Dong Keun of Korea next.

In another men's singles first-round match, world number 30 Prannoy, who is on a comeback trail after recovering from a stomach problem, fought back to beat 93rd-ranked Eetu Heino of Finland 17-21, 21-10, 21-11.

The former world No 8 will face Chinese legend Lin Dan, now seeded 11th, in the second round. Prannoy had defeated Lin Dan at the 2018 Indonesia Open and 2015 French Open.

India also got a favourable result in the women's doubles with Meghana Jakkampudi and S Poorvisha Ram getting past the Guatemala pairing of Diana Corleto Soto and Nikte Alejandra Sotomayor 21-10, 21-18 to enter the second round.

P V Sindhu and Saina Nehwal have received a bye in the opening round and will start their campaign on Wednesday.

Indian doubles pairs, including Ashwini Ponnappa and N Sikki Reddy, will begin their campaign on Tuesday.