‘Target is to win All England title’

Sindhu spoke at length on the variety of topics, including Saina’s comeback to her All England Championships ambitions. 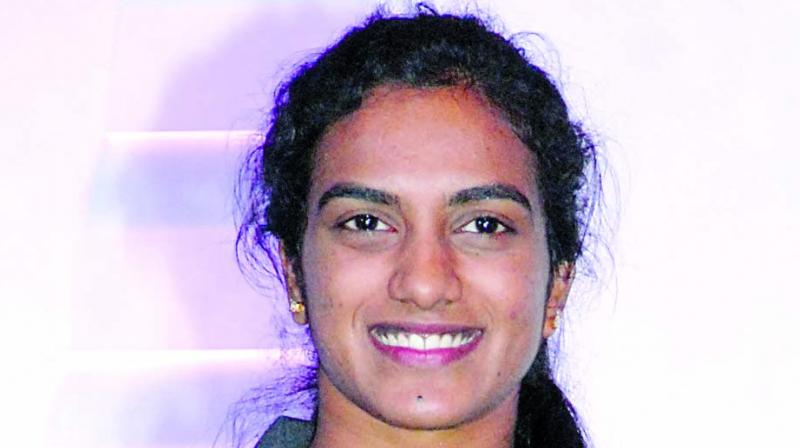 Mumbai: Super Series titles, ticked. Olympic medal, ticked. Medals at the Asian Games, Commonwealth Games, Badminton World Championships, Asia Championships, ticked. Presence in the top ten of the world rankings, ticked. P.V. Sindhu is only 22 and she has almost won everything that’s there to be won.

While there have been disappointment at missing out on some titles, her rise on the badminton scene has given Indian women’s badminton a new hero in addition to Saina Nehwal, who is taking some big steps to come back on top after injuries and surgeries. Sindhu, who was in Mumbai on Tuesday along with Kidambi Srikanth, Mary Kom, Sakshi Malik and Lalita Babar as Bridgestone India named the four to join Sindhu as brand ambassadors.

Sindhu spoke at length on the variety of topics, including Saina’s comeback to her All England Championships ambitions. Excerpts:

How did things change after Olympics silver, not just badminton but the pressure?
After the 2016 Rio Olympics, my life has changed a lot and it is not only on the court but also off court.

People’s expectations have been more and besides that, you have to attend a lot of events here and there. We need to balance that with badminton which is actually tough and we need to make it happen. And for me, especially coming to that stage has been really very tough. So for that, I really need to work a lot more from now on.

How important has fitness become with the crammed BWF schedule?
Matches have been so long and looking up to that I have been playing really long. Winning and losing is the secondary part but you need to maintain and keep yourself fit, which is very important for every athlete.

Talking about the schedule which has been really tight, including the Commonwealth and Asian Games, you cannot do anything about it rather than thinking which tournament to play and which not to play. You need to decide for yourself and it depends on each individual. Sometimes you might just not give your 100 per cent if you’re just staying back and keeping yourself fit, competing for each tournament. Injuries are part of life, you cannot play a tournament if you are suffering. So you have to choose on your own and discuss what to play and what not to play.

Barring the All England Championships you have won everything. Are you targeting it this year?
Definitely, I want to see myself there and hope to do well in the tournament (in March). But I have to give my best, believe in myself because I have trained well going into the tournaments.