Verma is the most decorated member of the team, which has 33-year-old Services archer Srither and 23-year-old Singh, who is making his Cup debut. 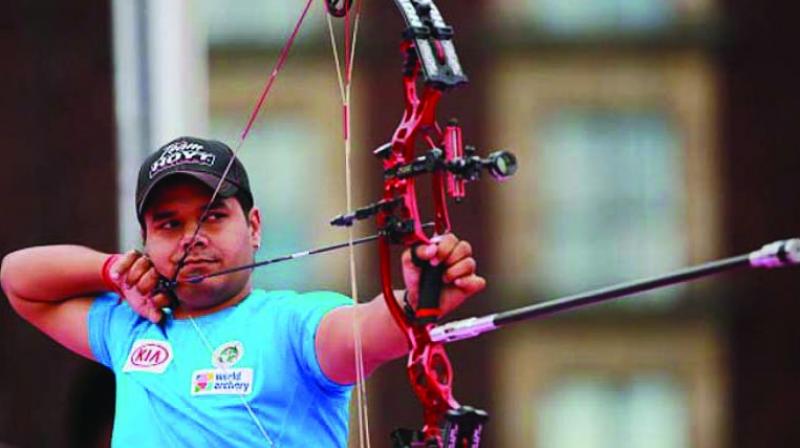 India then produced a flawless display in the fourth end, with four 10s, to win it 58056 and thereby claim gold. “Before coming here, we planned every detail to make it work. We all shot well throughout the week and what we really want is to create a good impression in front of other teams,” Verma said after winning his first team gold, and second overall in the World Cup.

“There are so many strong compound men’s teams around the world and, considering the Worlds in Mexico later this year, we need to keep shooting as we did here to get a good result there.

“Right now, our team is made up of three men with different experience but our training is showing we’re doing well. We take decisions together no matter how long we’ve been shooting for or what we’ve achieved,” Verma added.

Verma is the most decorated member of the team, which has 33-year-old Services archer Srither and 23-year-old Singh, who is making his Cup debut.