Kidambi Srikanth advances to second round of Badminton World Championship 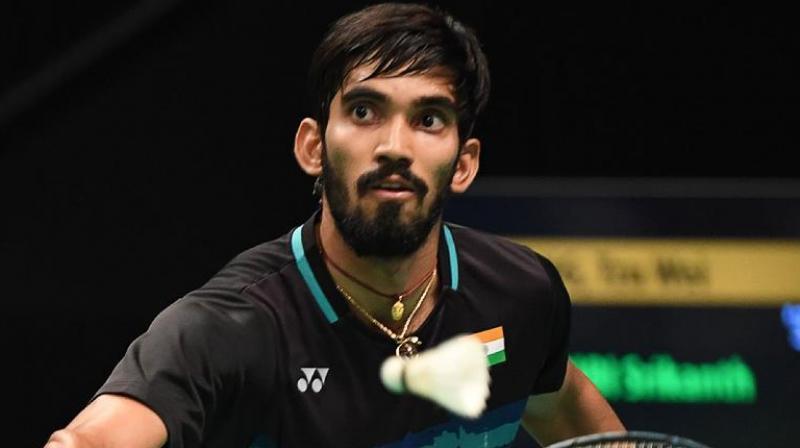 It was a nervy start for Srikanth in his campaign opener as he missed few points but his smart play at net and some precise smashes helped the Indian to enter the break at 11-6.(Photo: AFP)

Glasgow: Indian shuttler Kidambi Srikanthadvanced to the second round of the World Championship with a straight game win over Russian Sirant in the men's singles competition here on Monday.

The eighth seeded Indian, who won the Indonesia Super Series Premier and Australian Super series Open in June, defeated Russia's Sergey Sirant 21-13 21-12 in less than 30 minutes. The World No. 8 will take on France's Lucas Corvee on Tuesday.

It was a nervy start for Srikanth in his campaign opener as he missed few points but his smart play at net and some precise smashes helped the Indian to enter the break at 11-6.

After the interval, the Indian kept increasing the distance, reaching 15-7 and eventually sealed the opening game comfortably.

In the second game, Srikanth once again zoomed ahead to 11-5 after some initial duel. The duo engaged in some exciting rallies briefly but the Indian was always ahead. Srikanth eventually held a comfortable eight match points advantage when his rival hit the net. Sirant's next return also found the net as Srikanth sealed the match comfortably.