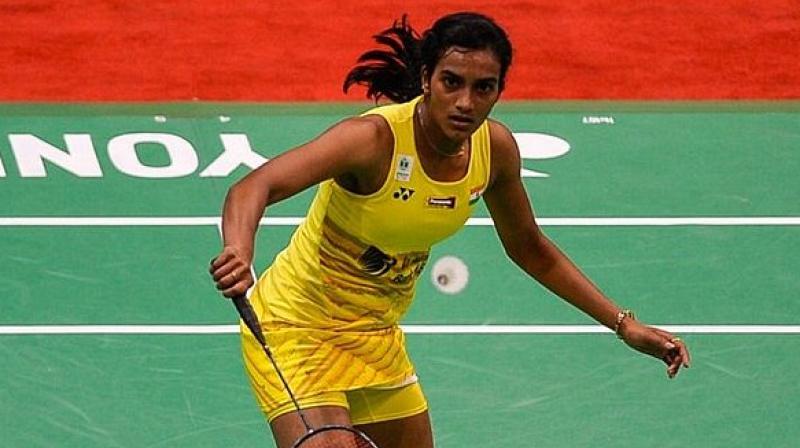 New Delhi: In-form Kidambi Srikanth and two time bronze medallist P.V. Sindhu will headline a 21-member Indian contingent as they gun for the elusive gold medal at the world badminton championships beginning in Glasgow, on Monday.

After grabbing successive titles in Indonesia and Australia, Srikanth will look to continue his rampaging run and clinch a maiden world championship medal when he spearheads India’s challenge this week.

Olympic silver medallist Sindhu, who clinched the 2016 China Open and 2017 India Open, will look to better the colour of the medal that she had won in the 2013 and 2014 editions.

Srikanth turns up in Scotland after three successive final finishes, while Sindhu enters the event after a couple of quarter-final finishes in the previous Super Series events of this season.

First Indian woman to clinch a silver at the 2015 world championship, Saina Nehwal will also be in the reckoning and will look to brush aside concerns regarding her fitness.

Interestingly, Saina and Sindhu have got byes in the opening round.

Sindhu opens her campaign against either Korea’s Kim Hyo Min or Egypt’s Hadia Hosny in the second round and is likely to meet China’s Sun Yu for a place in the quarter-finals.

In the run up to the event, however, it is the Indian men’s shuttlers who have dominated the season, winning six titles. It included the maiden Super Series title win by 15th seed B. Sai Praneeth at Singapore and Sameer Verma’s victory at the Syed Modi Grand Prix Gold in Lucknow.

Praneeth, who also won the Thailand GP Gold, faces Hong Kong’s Wei Nan, while Ajay Jayaram, who has been a little off-colour of late, takes on Austria’s Luka Wraber in the opening round.

Srikanth and Co. will have to deal will big guns such as two-time winner and Olympic champion Chen Long, who is only seeded fifth behind world no. 1 Son Wan Ho, veteran Lee Chong Wei, Denm-ark’s Viktor Axe-lsen, China’s Shi Yuqi and Lin Dan, the five time world champion.