Olympic champion and two-time World Championship gold medallist Carolina Marin, who will turn out for Hyderabad Hunters, echoed her views. 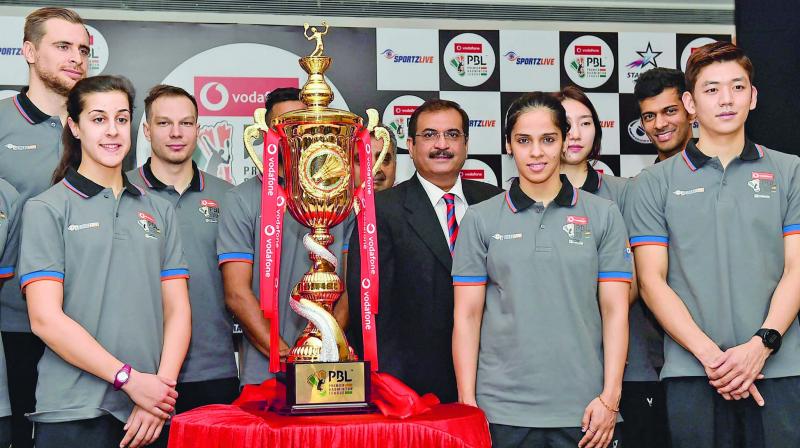 Saina Nehwal along with other players at the launch of the Premier Badminton League 3 in New Delhi.

New Delhi: Saina Nehwal on Wednesday slammed the Badminton World Federation for introducing a “cramped” international calendar for 2018, leaving less time for players to recover from injury or be at their best at important tournaments.

The BWF has made it mandatory for the world’s top 15 players in the singles events and top 10 pairs in the doubles disciplines to play a minimum of 12 tournaments or face a penalty.

“Next year’s scheduled by BWF is too crammed, it is not right for the top players. I need more time to get the best out of myself. I can’t play back-to-back events. I can just participate but can’t win,” said Nehwal on the sidelines of the inauguration of the Premier Badminton League.

“After the PBL we have three tournaments. Again before the World Championship there are three super series, so I don’t understand why the BWF decided to go for such a schedule. It will be too tiring, too challenging.

“It will come down to fitness and my priority will be fitness. I don’t believe in tournaments anymore, so no tournament, no titles, just fitness,” added Saina, who will play for the Awadhe Warriors franchise for a third season.

Olympic champion and two-time World Championship gold medallist Carolina Marin, who will turn out for Hyderabad Hunters, echoed her views.