The Haryana wrestler has the World Wrestling Championship lined up next and their isn’t much gap this time as the event is scheduled in August. 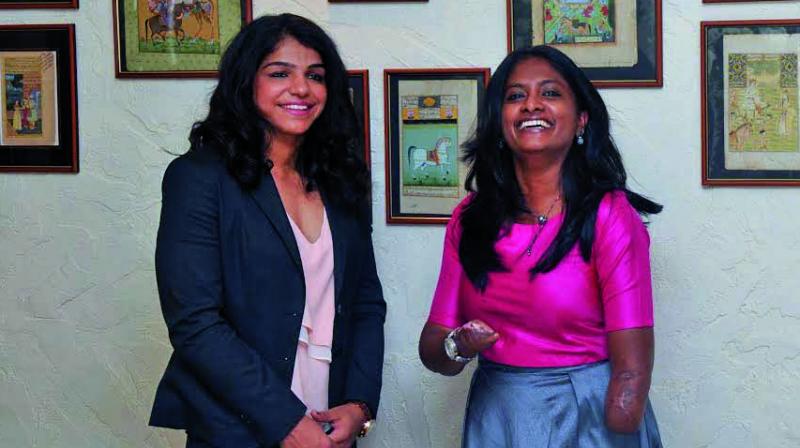 Mumbai: Sakshi Malik raised many expectations after becoming the first Indian woman wrestler to win an Olympics medal in Rio last year. Even though she won her first medal at the Asian Wrestling Championship last month in the form of a silver, she and her fans knew nothing less than gold was enough.

She was beaten 0-10 by Japan’s Risako Kawai in the 60kg category final.

“It was my first international competition after the Olympics and there was a huge gap between the two. My preparation wasn’t hundred per cent and I lacked a bit of experience,” Sakshi rued on the sidelines of a felicitation function where she was conferred a Woman of the Year Award by the IMC Ladies wing here on Wednesday. Special recognition — ‘Rise To Your Potential’ — went to Shalini Saraswathi, a renowned blade runner from Bengaluru.

The Haryana wrestler has the World Wrestling Championship lined up next and their isn’t much gap this time as the event is scheduled in August.

“Now I am in full touch and training hard. In the world championships there are some good wrestlers from Asian countries especially Japan. I am working on technique, speed and movement with my coach and hope to do better,” she said. “I have important tournaments like the Commonwealth Games and Asian Games next year to look forward. I will peak slowly for the Tokyo Games which are still far,” the 24-year-old grappler added.

Sakshi admitted she feels little bit of pressure after her Olympic bronze. “A little pressure is always there when all expect you to win gold. But I have to overcome it to do better. I deal with pressure with hard work which gives me confidence that I am hundred per cent prepared,” she said.

She admitted the plethora of felicitation functions since the Olympics were a distraction but added she still found time to train.

“It is little distracting but I manage time for training. Two times training and some rest is best for me. Wrestling is a contact sport and is very tough to adjust to training.”