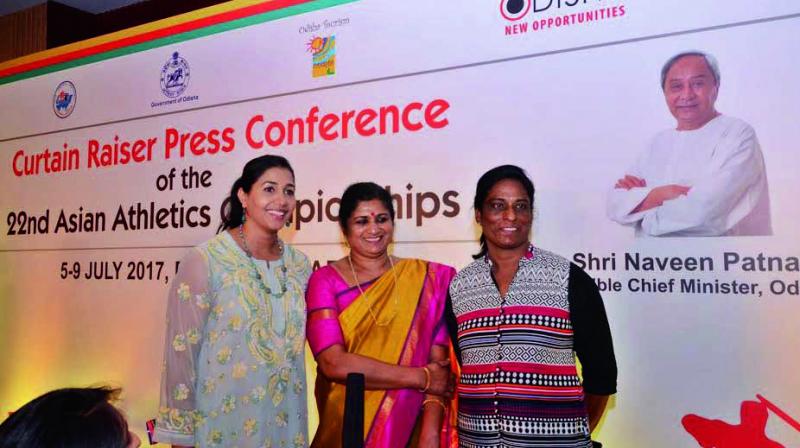 New Delhi: India is targeting a higher medal count at the 2017 Asian Athletics Championships in Bubaneswar from July 5 to 9, up from 13 secured in Wuhan, China, two years ago.

Having finished third, with four gold, five silver and four bronze medals behind China 41 (15, 13, 13) and Qatar 10 (7, 2, 1), Athletics Federation of India president Adille Sumariwalla was confident India would outdo their Wuhan show, but admitted it was difficult breaking into the top two in the final standings.

“We won 13 medals in Wuhan. We will get some more this time, possibly more gold medals, but I feel we will still finish third,” Sumariwalla said at the launch of the event, being co-organised by the AFI and the Odisha government.

Originally scheduled in Ranchi, a late pull out gave Bhubaneswar the opportunity to host the continental track and field event. Over 800 athletes from 45 countries will be in action at the Kalinga Stadium, refurbished with two synthetic running tracks, floodlights and relaid grass.

Pakistan, who participated in Pune, is yet to confirm their participation, awaiting visas from the Indian government.

The deadline of final entries for athletes ended Tuesday, and Sumariwalla said that they were still awaiting a response from the government.

“We have invited Pakistan as per the International Olympic Committee Protocol. Pakistan has sent their entries and we have forwarded the name of their athletes and their passports to government,” he added.

A total of 168 Indian athletes will take part, the biggest contingent, ahead of China (96) and Japan (78), with the hosts being permitted to field three contestants in each event. India’s final entries are expected to be announced next week.