This was Sindhu's fifth loss to Yamaguchi in 15 meetings. 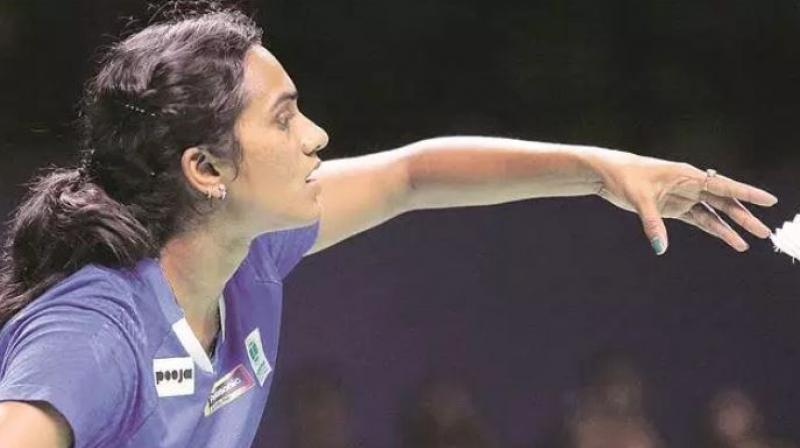 Seven months after becoming the first Indian to win the season-ending BWF World Tour Finals in December, Olympic silver medallist PV Sindhu had an opportunity to finally lay her hands on another crown only to squander, losing 15-21 16-21 to the Japanese in a lop-sided summit clash that lasted 51 minutes here. (Photo:PTI)

Jakarta: PV Sindhu's hopes of breaking a seven-month title drought came crashing down as the Indian lost in straight games to Akane Yamaguchi in the finals of Indonesia Open BWF Tour Super 1000 tournament here on Sunday.

Seven months after becoming the first Indian to win the season-ending BWF World Tour Finals in December, Olympic silver medallist Sindhu had an opportunity to finally lay her hands on another crown only to squander, losing 15-21 16-21 to the Japanese in a lop-sided summit clash that lasted 51 minutes here.

Playing her first final of the season, Sindhu looked a bit anxious and failed to match the brilliance of the 22-year-old Yamaguchi, whom she had beaten in the last four meetings.

"She played really well and there were long rallies. I was leading in the first game by 2-3 points but I made a few mistakes and then she finished it off. If I could have won the first game, it could have been a bit different," Sindhu told reporters.

"In the second I gave her a huge lead like 5-6 points and was left to cover it. But overall, I think it was a good tournament for me and I hope I can take the confidence going forward. Next I am playing Japan and I hope to do well there."

This was Sindhu's fifth loss to Yamaguchi in 15 meetings. The last time the Indian lost to the Japanese was at the semifinals of the All England Championship last year.

It was Yamaguchi's third title of the season after claiming crowns at German Open and Asian Championship.

Prior to this in 2019, Sindhu reached the semifinals of Singapore Open and India Open.

Sindhu had a forgettable start in the opening game as she lagged 0-3 but soon the Indian controlled the proceedings, making Yamaguchi run across the court and finishing with her precise returns to take a 5-4 lead.

Yamaguchi took the lead at 7-7 when Sindhu went wide. But the Indian managed to grab a three-point advantage at the break after the Japanese went wide twice.

A delicate net short took Yamaguchi to 12-13 but she again missed the line. The Japanese levelled par at 14-14 when the Indian went long.

Yamaguchi attacked Sindhu's long backhand corner and soon eked out a 16-14 lead. An attacking game helped the Japanese to widen the gap as Sindhu once again sent a shuttle wide.

A lapse in backhand defence and then one shot going long from Sindhu gave Yamaguchi six game points. The Indian saved one before a smash to a return of serve helped the Japanese to seal the opening game.

In the second game, Yamaguchi made a good start again, moving to a 4-1 lead before stretching it to 8-5 with Sindhu struggling to control the shuttle. The Indian won a few points because of unforced errors by Yamaguchi.

The Japanese sent one at Sindhu's body during a flat exchange before entering the interval with a 11-8 advantage, when the Indian hit out.

Sindhu unleashed a cross court smash and pushed one at the backcourt to leave Yamaguchi off balance, but the Japanese rode on the Indian's unforced errors to move to a 15-10 lead.

At 15-11, the duo played a 51-shot rally that ended with Sindhu making a judgement error.

Two unforced errors by Yamaguchi took Sindhu to 13-16 before she moved to 15-18. After a treatment on her right knee, Yamaguchi was back on the court and produced a smash to make it 19-15.

The Japanese held four match points when Sindhu went long and she sealed it with another smash to claim the biggest title of her career.