Kidambi Srikanth and H.S. Prannoy advanced to the quarter-finals of the men’s singles. 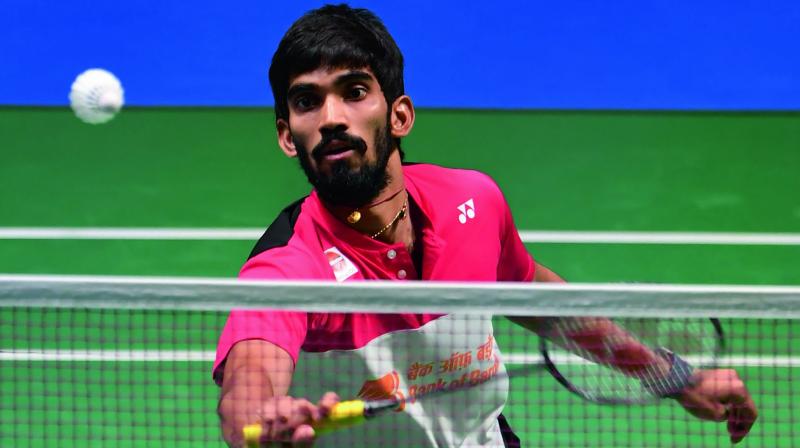 However, Kidambi Srikanth and H.S. Prannoy advanced to the quarter-finals of the men’s singles.

Playing local favourite and world champion Nozomi Okuhara for the third consecutive time, Sindhu could not bring out her best game and committed too many errors to go down 18-21, 8-21 in a lop-sided 47-minute contest.

Sindhu squandered leads of 11-9 and 18-16 in the opening game and looked completely out of sorts in the second to bow out.

London Games bronze medallist Saina too squandered a 14-10 lead in the opening game and a 6-4 advantage in the second to go down 16-21, 13-21 to Olympic champion Carolina Marin of Spain, seeded fifth.

However, world no. 8 Srikanth, who clinched back-to-back titles in Indonesia and Australia this year, demolished Hong Kong’s Hu Yun 21-12, 21-11 within half an hour to make it to the final eight.

World no. 2 Shi, who had reached the final of the All England Championship earlier this year, staved off the challenge of Sameer Verma 10-21, 21-17, 21-15 in another match.