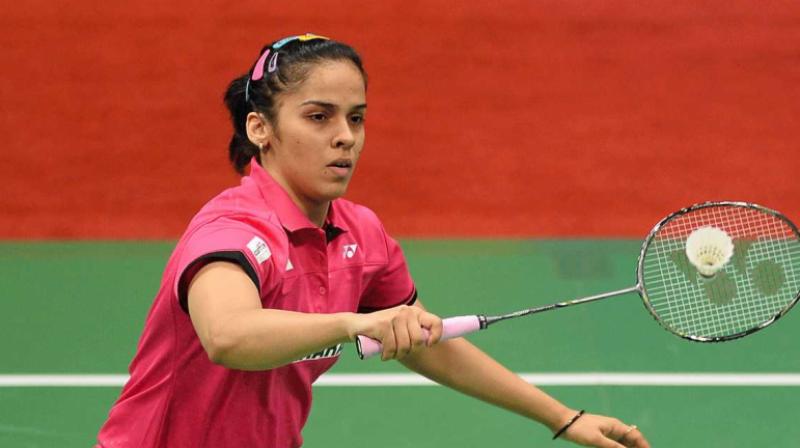 Jakarta: India's Saina Nehwal struggled her way into the second round but compatriots B Sai Praneeth and Subhankar Dey failed to cross the opening hurdle at the USD 350,000 Indonesia Masters here on Wednesday.

Eighth seeded Saina, who had reached the semifinals last week at the Malaysia Masters, recovered from a first-game loss to secure a 7-21 21-16 21-11 win over local hope Dinar Dyah Ayustine, ranked 50th. It was Saina's third win over Ayustine.

The 28-year-old from Hyderabad will next face another Indonesian Fitriani Fitriani, against whom she has a 4-0 head-to-head record.

National champions Manu Attri and B Sumeeth Reddy also dished out a fighting game to notch up a 14-21 21-19 21-15 win over Denmark's Mads Pieler Kolding and Niclas Nohr in the men's doubles.

In the men's singles, 2017 Singapore Open champion Praneeth was sent packing 12-21 16-21 by Olympic champion Chen Long of China in 40 minutes, while Subhankar, who had won his maiden title at SaarLorLux Open in Germany last year, fought hard before going down 14-21 21-19 15-21 against former World champion Viktor Axelsen of Denmark.