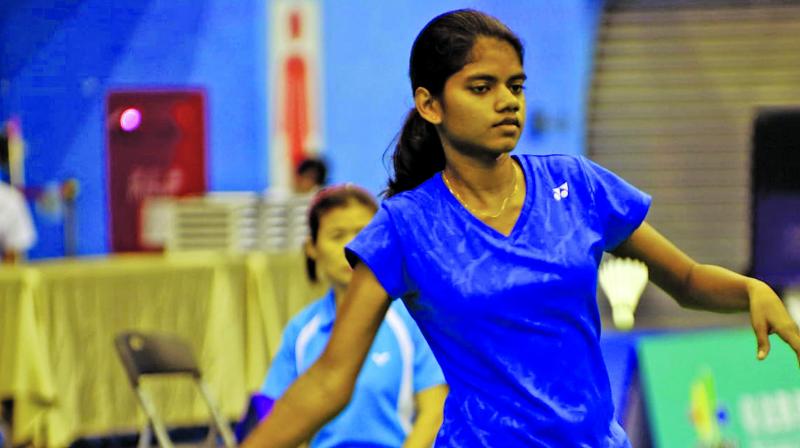 Sport has the power to bring hope and development. And no one knows it better than 15-year-old Jerlin Anika. The life of the Madurai girl with hearing impairment changed upside down after she started playing badminton. Jerlin is the reigning World Deaf Youth badminton champion.

“From a shy girl who spoke very little at home to winning the world championship, Jerlin has come a long way and it’s all because of badminton,” said Jerlin’s father Jayaratachagan, beaming with pride.

Jayaratachagan was ridiculed by his relatives when he first took Jerlin to a badminton court. “Initially, it was not for playing. I just wanted her to socialise. She was sitting idle and feeling lonely at home. Watching others play, in a way, helped her,” recalled Jayaratachagan.

Fighting the heavy odds, Jerlin stands as a symbol of victory in front of those who criticised her father. “I had a lot of faith that my daughter would make us proud. More than the success that she has achieved on the court, I am glad to see the smile on her face. She has put in a lot of hard work to achieve this. She is now an independent girl. My wife and I always wanted our daughter to be a strong person,” said Jayaratachagan.

Jerlin learnt the ropes from coach Saravanan. Coaching Jerlin was a challenge for Saravanan at the beginning before he found a unique way to teach her the nuances of badminton.

“The first two years were really difficult. She had the interest, but couldn’t understand some rules and game tactics. And as a result, she was hardly performing on the court. Then, Saravanan came up with the idea of teaching her with visuals. A blackboard was brought in for training sessions. She started improving significantly,” added Jayaratachagan.

Jerlin is the current India No.1 in her category. She became the first from Tamil Nadu to compete in the Deaflympics. In the 2018 Asia Pacific championship in Malaysia, she won two silver medals and a bronze.  She has also competed in the regular category and finished on podiums at the state level. “Currently, she is training to compete in the regular category of the national championship. After that she will shift her focus on 2021 Deaflympics to be held in the US,” Jayaratachagan informed.

Jerlin is a Class X student of Avvaiyar Government Girls’ Higher Secondary School in Madurai. After her gold-winning performance in the world championship in Taipei, the state government included her in the Mission International Medal Scheme (MIMS). She gets `10 lakh every year for training, buying sports kit and taking care of her nutritional requirements.

“Wherever she plays, Jerlin gets a lot of support from the crowd. But unfortunately, she can’t hear them cheering!,” said Jayaratachagan with a tinge of sadness in his voice.