To be held without spectators in Florida and aired live on TV, the proceeds of the event are to help battle the Covid19 pandemic 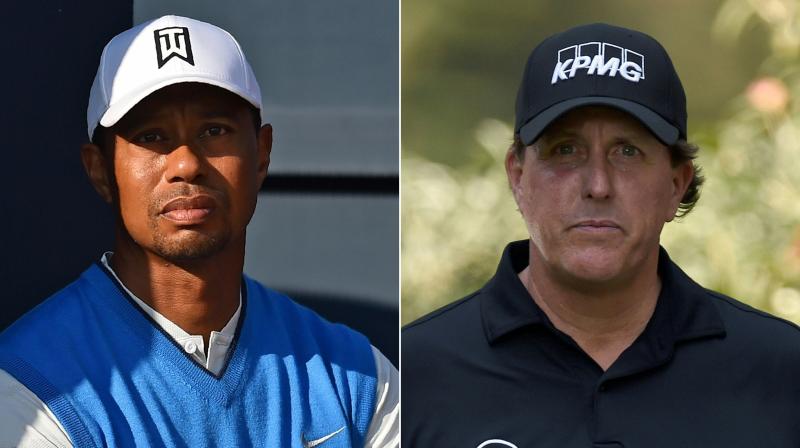 Los Angeles: Tiger Woods, Phil Mickelson and NFL superstars Tom Brady and Peyton Manning are planning a charity golf match for May, the US media reported on Wednesday.

The event would be held without spectators in Florida and would air live on TV with the proceeds going to help battle the Covid19 pandemic, American broadcaster ESPN reported. Turner Sports said one possible date is Memorial Day weekend May 23-25.

"There was talks about doing it all along anyway," Manning told a Denver radio station on Wednesday. "And now, to have a chance to have a major fundraising event for Covid19 relief, almost like a telethon if you will ... if that can take place, I'm all in for that."

The Action Network reported that it is likely that Woods and Manning will compete against Mickelson and Brady.

"I'd like to see Woods and Mickelson do the golf, or whatever, because that's social distance," DeSantis said last week.

The PGA Tour said it hasn't officially endorsed the event but is evaluating health and safety concerns.

One location said to be considered is Medalist Golf Club in Hobe Sound, Florida, located just north of Woods' home in Jupiter.