Saturday night party in the ring

The young Australian has already said he has got nothing to lose against the ranked 7 Preux and will go all out in their light heavyweight fight. 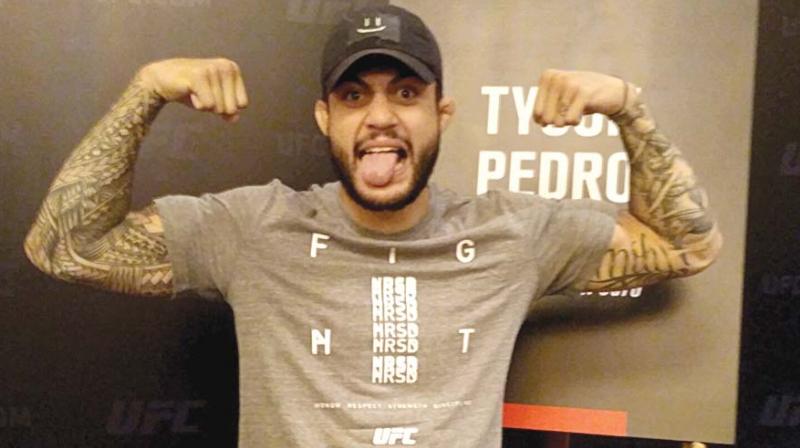 Singapore: There is a saying, ‘A lion may get old but he never forgets to hunt’. Saturday night’s Ultimate Fighting Championship’s main card will also witness an old lion — Donald Cerrone (35) take on Leon Edwards (26) in a high-intensity welterweight category bout here at the Singapore Indoor Stadium.

The road to this fight has already witnessed a lot of drama and verbal blows between the fighters, but it will be the winner in the octagonal ring who will have the final say.

Donald, nicknamed the Cowboy, is eyeing a special feat as he looks to seal his 21st victory and register his name in the record books by winning the most fights in UFC history. But he is well aware of the threat that the English fighter holds.

For the 170-pound Edwards, his UFC debut was disappointing, but since then there has been no looking back for the southpaw who has won seven of his last eight bouts and will be in a mood to spoil the Cowboy’s weekend party.

The other main card fights will witness Ovince Saint Preux taking on Tyson Pedro. The young Australian has already said he has got nothing to lose against the ranked 7 Preux and will go all out in their light heavyweight fight.

Of the remaining fights, the Jessicas — Jessica Rose Clark and Jessica Eye — will be trying to bring each other down while Li Jingliang will rub shoulders with Daichi Abe.

UFC Gym boss eyes  Indian market
UFC Gym president Adam Sedlack has set his sights on India and is looking to expand the organisation in various cities because of the growing fitness and gymming culture.

Speaking to this paper here he said, “We want to expand our gym outlets in India where we will provide mainstream fitness technique and people can get the training like that of the UFC fighters.

“UFC has got a good future in India. There is a lot of talent but they lack mainstream training. Once they get a chance to train along with the professionals, more and more from India will make their entry into this sport,” Adam added.