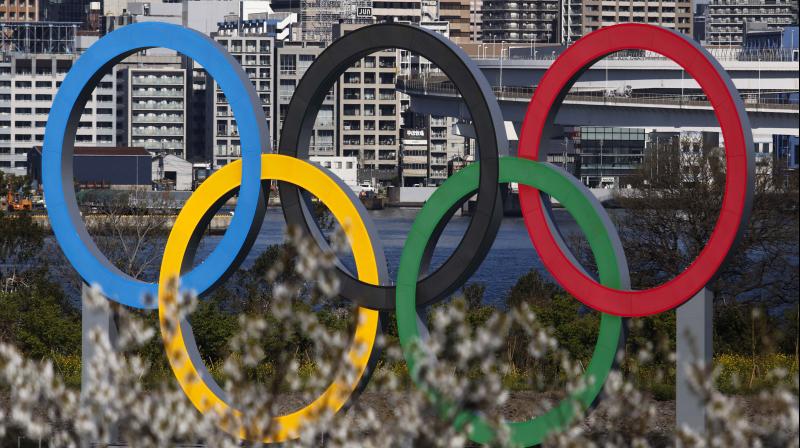 Once famous for wizardry with the hockey stick, the men’s team will be praying for a kind of renaissance, with the women’s team hoping to make a splash. — AP

Chennai/Tokyo: There is a sense of dread as the Covid-hit Tokyo Olympics are set to open formally on Friday with the opening ceremony to be held at 4.30 pm India time. New coronavirus cases in Tokyo hit close to 2,000 in a six-month high even as stray protests erupted in the Japanese capital on Thursday demanding cancellation of the Games while critics attacked Prime Minister Yoshihide Suga’s government for prioritising the Olympics over the nation’s health.

With athletes taking the knee in arenas in early competitions and the Olympics opening ceremony director Seiko Hashimoto being sacked on the eve of the Games over a Holocaust joke he made in 1998 during a comedy show, the Olympics are not going to be short of drama either.

The International Olympic Committee would like the world to believe this is going to be the “Games of Hope”, but at least a strong Indian contingent is hoping that it comes true with shooters, boxers and wrestlers expected to lead an early medal rush. With 120 athletes -- 68 men and 52 women -- having trained to the minute in India and other countries despite the constraints of the Covid-19 restrictions, Indian sport is more optimistic than ever.

Six medals in the 2012 London Games were India’s best ever haul in the Olympics and that half a dozen medals should be the first mark that Indian athletes will be hoping to obliterate.

The shooting contingent believes they have medal winning prospects among them like 19-year-old Manu Bhaker, Elavenil Valarivan (20), Divyansh Singh Panwar (18) Aishwary Pratap Singh Tomar (18) and they begin competing as early as Saturday. The archers, weightlifters, wrestlers and boxers, including six-time world champion Mary Kom, are among diehard believers that the Olympic tide is about to turn for India.

Once famous for wizardry with the hockey stick, the men’s team will be praying for a kind of renaissance, with the women’s team hoping to make a splash. In athletics, where India has not won a medal since an Englishman ran for the British Empire in 1912, javelin thrower Neeraj Chopra’s performance could end the agony of near misses that the likes of P.T. Usha and the late Milkha Singh endured.

Sports fans are betting that world badminton champion P.V. Sindhu, silver medallist in Rio, will deliver back-to-back medals, an achievement that could put her among the all-time greats of Indian sports.

Perhaps as a sign of India's growth as a sporting nation, the country would have representation in fencing (C.A. Bhavani Devi) and equestrian (Fouaad Mirza) too after more than 20 years. It’s also for the first time that two swimmers -- Sajan Prakash and Srihari Nataraj -- made the Olympic cut with “A” qualification marks.

India is hoping that the gloom of the pandemic would be lifted by the brightness of its athletes’ performances. The only caveat is that these expectations have been blown to bits before.