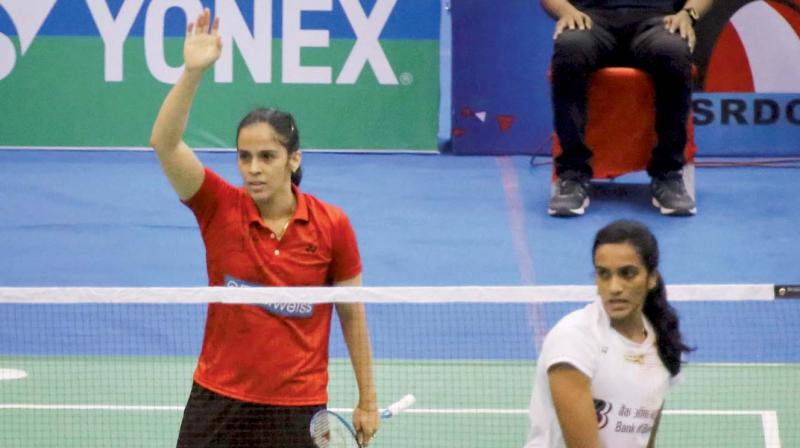 New Delhi: Saina Nehwal, P.V. Sindhu and H.S. Prannoy progressed to the second round of $400,000 Hong Kong Super Series in Kowloon on Wednesday.

The world no. 10 faces Japan’s Kazumasa Sakai, who beat him in the Indonesia Open Super Series Premier semi-finals.

However, Parupalli Kashyap squandered an opening game advantage to go down to 21-15, 9-21, 20-22 to South Korea’s Lee Dong Keun, while Sourabh Verma failed to put up a fight against Indonesia’s Tommy Sugiarto, losing 15-21, 8-21.

Prannoy lagged for most part of the opening game even though he took slender leads at 9-8, 13-12 and 16-15. But Hu Yun managed to keep his march in check to pocket the first game.

The Indian produced a better performance in the second, fighting back from 0-5 down to lead 11-8 at the break, going on to win the second game.

In the decider, Hu Yun again jumped to a 5-0 lead but Prannoy narrowed it to 14-12 before reeling off eight straight points to move to the match point, sealing it on his second attempt.