The flag keeps them motivated

Top sportspersons are increasingly being spotted flaunting the colours of the national flag during international tournaments. 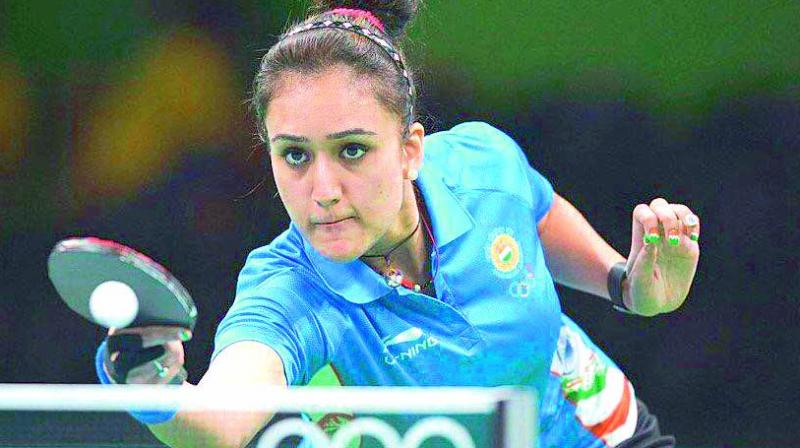 “I started wearing them after the Rio Olympics to motivate me to bounce back,” she said.

Even as 22-year-old top ranked table tennis player Manika Batra was smashing her opponent to second place at the Gold Coast Commonwealth Games recently, all eyes were on her nails. Her top-notch performance notwithstanding, it was Manika’s saffron, white and green nails that had the nation riveted. Columnist and author Shobhaa De had tweeted enthusiastically, “See her nail polish. Tri-colour at her finger tips!!!”

Manika, who had the Ashoka Chakra painted on, too, said, “The national flag is the biggest inspiration for an athlete. A lot of people have asked me why my nails are painted in the colours of the Indian flag and I tell them every time I was serving, I was getting inspired by my tri-colour. The flag on my nails is an extension of the flag in my heart. Whenever I am down in a game, I see the flag and get immense energy and motivation from there.”

She is by no means the first Indian athlete to show-off the flag colours while on the field. Sportspersons have been known to sport hair clips, hair colour, wrist bands and other paraphernalia in the flag colours.

Star gymnast Dipa Karmakar said, “I love wearing tri-colour clips during a competition. I love to flaunt that I am representing India. It always keeps me motivated.”

N. Aruselvi, a former National Games champion and now a coach with the Indian table tennis team, said, “It is a way of showing patriotism and it is a unique idea. I laud Manika for this and the cameraperson for highlighting it.”

For old school athletes, however, fashion statements on the field were regarded as distractions. Today, they are considered a ‘winning attitude’. Delhi Common-wealth Games discus throw gold medallist Krishna Poonia pointed out that these activities display one’s confidence. Earlier, however, players were told to only concentrate on the sport and nothing else. “Some of the athletes showcase fashion through nail paint or hair colour. This is a choice and helps them relax,” the athlete-turned-politician said.

Weightlifter Saikhom Mirabai Chanu wears earrings in the shape of the Olympic rings to remind herself to aim for the top. She said they are a reminder of her traumatic experience at the Rio Games when she failed to register even a single successful lift.

They seem to be working because Mirabai has emerged as the most powerful woman at the Common-wealth Games after sweeping records in snatch (86kg), clean and jerk (110 kg) and total (196kg) in the 48kg category.

“I started wearing them after the Rio Olympics to motivate me to bounce back,” she said.