Play basketball only if you love it, says Kenneth Faried

NBA Player Kenneth Faried on his first trip to India. Nicknamed the ‘Manimal’, he also shared that he was scared that a monkey might maul him. 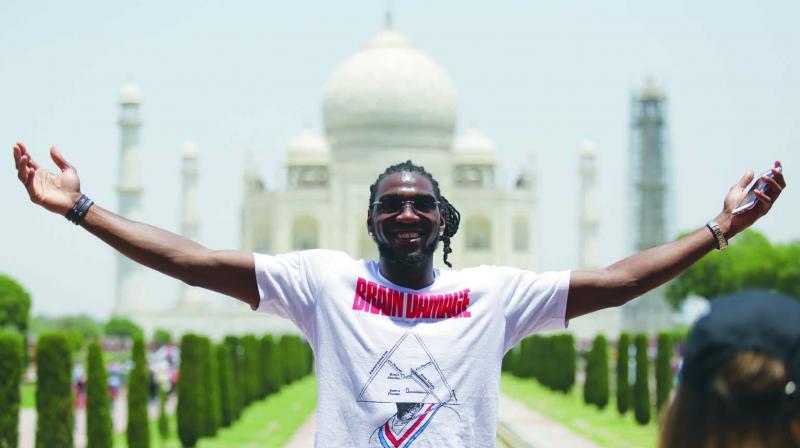 Kenneth Faried at the Taj Mahal.

What Denver Nuggets NBA (National Basketball Association) player Kenneth Faried had heard about India was that “it is really hot”. On visiting Delhi, he confessed, “That was 100 per cent true!” But the 27-year-old remained unfazed by the sweltering heat and had a great time knowing the country and promoting basketball here. “It has been amazing since I got here. I went to see the Taj Mahal and oh my God! It was magnificent,” he told us.

Kenneth is known as “The Manimal” — half man and half animal because of his skills and strength on the court. And he asserted that he absolutely loves his nickname.

However, seeing several animals on Indian roads, was quite an experience for him. “Some places come off as very rare. So, when I saw wild animals on the street roaming casually, I found it to be crazy. I saw monkeys, cows and all kinds of rodents running around. I was scared that a monkey would jump on me and maul me,” he laughed.

The athlete also revealed that he likes spicy food, hence, the Indian cuisine suited his palate well. “I had idli sambar and some of the chicken preparations. I don’t recall their names but they were spicy and I liked them,” he gushed. 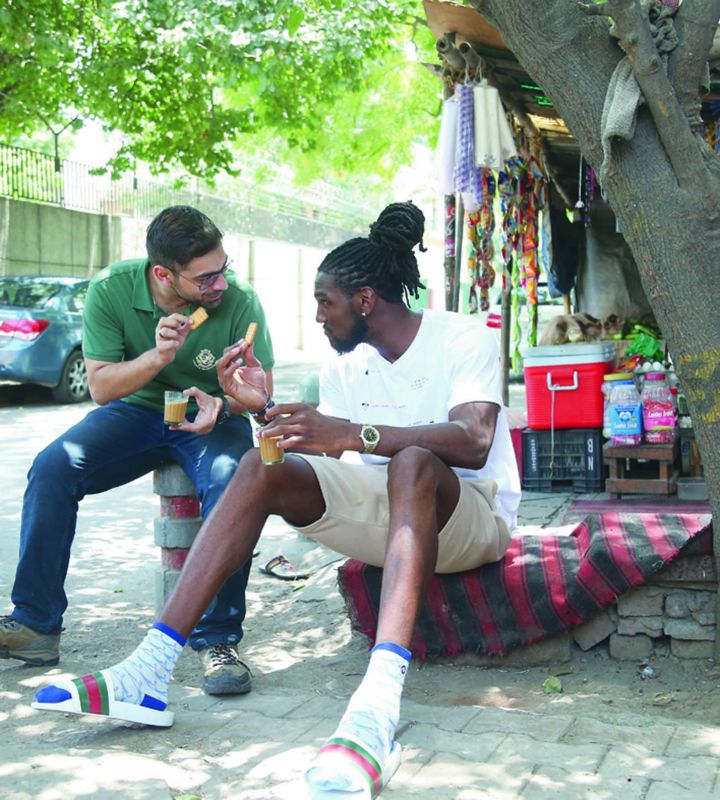 Kenneth Faried having chai and biscuit at a tea stall.

When asked if the famous basketball player knows anything about cricket, a game India is crazy about, he said, “I have heard about Chris Gayle. He is from Jamaica and everyone talks about him. He is a great cricketer known for his big sixes. He is always smiling and having a good time on the field. It sounds like he is a lot like me.”

On his trip, Kenneth spent a lot of time interacting and playing with young basketball players at the camps. He said, “I had a very good time at the camps. I wish that I could inspire at least one youngster to not just take up or play basketball but to inspire him to become a better person in life. Basketball is not just about going to the NBA and trying to represent your country, it also teaches you about life. It teaches you about leadership qualities, teamwork and the courage to bounce back.”

On the basketball scene in India, he said, “India is not there as yet. If Indian kids go to US colleges and then try to get into NBA league and you see more Indians like Satnam (Singh Bhamara), the sports will grow. Also in India, you need to have enough courts. The kids need facilities. In cricket, you take a bat and ball and start playing but in basketball, you need the court.”

He reminisced, “When I was growing up, sometimes we didn’t have a basket and we use a makeshift hoop and practice on that.”

Before signing off , as a message, he said, “ If you don’t love it, don’t play it because then you will be only wasting your time.”