Shuttling her way through

As a teenager, she was more in the news due to her battle against national coach Pullela Gopichand. 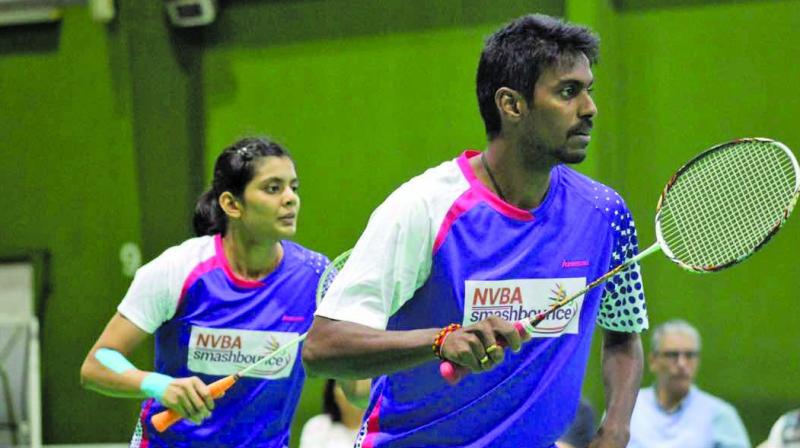 Since her teenage years, Prajakta Sawant has been battling it out more in the constitutional courts than those of badminton. Even then, she is making the right noises on the competitive courts.

The 24-year-old Mulund shuttler won the Mauritius International title in the mixed doubles last weekend with her Malaysian partner Yogendran Krishnan, but she hasn’t been able to play in the main tournaments.

As a teenager, she was more in the news due to her battle against national coach Pullela Gopichand. Recently, she was involved in another court battle with the state government to get a decent job.

“I have no problem with anyone in the national system. I was too young when I raised my voice, but if I wouldn’t have done it, then no one would. I got enough support at the time from the likes of Jwala Gutta. Since 2014, I have focused on badminton only and have had no problem with anyone,” said Prajakta.

Last year, Prajakta now a graduate had approached the Bombay High Court to get Grade A job, but the high court directed the state government on April 27 to appoint Prajakta as Naib Tehsildar or on an equivalent (Grade B) post within two months of receiving her application.

“I still haven’t got a job (of my choice), and I am upset about that. The authorities insist I should’ve played in the Olympics and won a medal to get a decent job. I deserve to get the job. I have represented India from 2004-14, and at the moment I am the only badminton player from Maharashtra who has qualified for the World Championships,” she added.

Due to being at loggerheads with the national coach, Prajakta has struggled to find Indian partners. Sponsored by Chennai-based New Vision Badminton Academy (NVBA) Smash Bounce she has moved to Malaysia to redefine her career.

“Mauritius International was my first international tournament with Sanyogita. So I don’t have any high hopes in women’s doubles for now. With Krishnan, I started playing since last year, but we haven’t played any major tournaments like Super series together,” she said.

Her partnership with Krishnan was accidental. “ He was an ex-national singles player from Malaysia and had retired at the age of 25. After retirement, he opened a club. Since I didn’t find any partner, at 34 he took the decision to partner with me for a while and see how it goes,” she said about Krishnan who was running the NVBA in Kuala Lumpur where Sawant was training.

She won the national women’s doubles this year with the experienced Aparna Balan of Kerala. Aparna like Prajakta has also been facing the apathy from badminton administrators.

Prajakta Sawant loved playing cricket in Mulund, but she couldn’t pursue it further due to the sorry state of affairs in women’s cricket at that time. At the insistence of her uncle, she started playing badminton since 2003. After that, she joined the national badminton camp.

“At the camp, I was forced to take up doubles,” she rued.

At 18, she won the 2011 national women’s and mixed doubles title. Ever since she filed a legal case accusing chief national coach Pullela Gopichand of mental harassment, she has found partners hard to come by.

She moved to Malaysia and had partnered in the mixed doubles with some Malaysian shuttlers since, beginning with Mohammad Razif Abdul Latif in 2013.