Leon takes over the Cowboy’s ranch

With his impressive victory, Leon maintains his fine run and is now tied second for the longest active winning streak with six in a row. 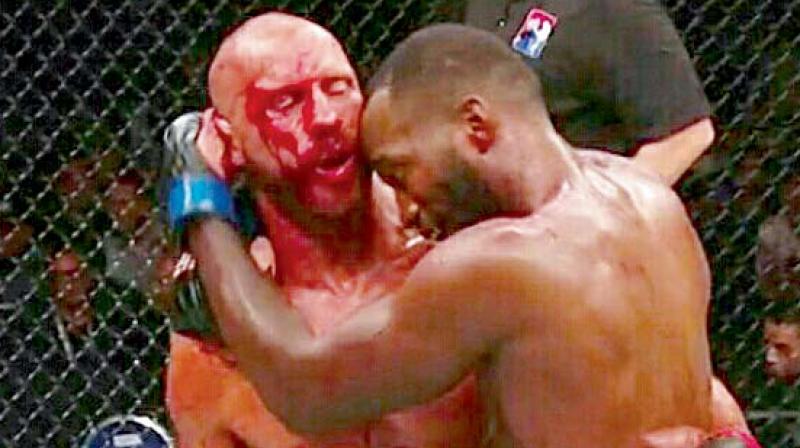 Singapore: In a Saturday thriller clash, Leon Edwards and Donald Cerrone turned in solid attacking displays but it was the 26-year old English fighter who got the unanimous nod here in the Ultimate Fighting Championship Fight Night at the Singapore Indoor Stadium. The scores read 48-47, 48-47, 48-47 in Leon’s favour.

With his impressive victory, Leon maintains his fine run and is now tied second for the longest active winning streak with six in a row.

The fight between ‘oldie’ Donald and ‘young blood’ Edwards saw lots of twists and turns with both fighters making a strong case till the final bell. Edwards showed great energy right from the start as his blows left Donald bloodied.

However, as the game progressed, a Donald sent a clear message that he was not done yet. With strong punches and making good use of his feet the 35-year old did retaliate, only to find himself behind his opponent.

“This old dog isn’t going anywhere. There’s still a lot of fight left in me. I was literally sick all day today, I could barely get out of bed.  I’ve never felt like that. But I love this, it’s a sickness,” Donald said after the bout.

Jessica Eye made a remarkable comeback after downing Jessica Rose-Clark in a unanimous decision 30-27, 29-28, 29-28 in the flyweight category.

After her victory Eye said, “I got emotional in the Octagon because I just have felt no one has understood what I’ve been up against over the years.

“It’s just so nice to have people finally see that and stop doubting me. I just want to keep training and keep proving myself,” she added.

Earlier, the main card kicked off with the welterweight bout between Li Jingliang and Daichi Abe. Both fighters had a steady approach in the beginning but soon Li changed gear but lost control as Daichi made use of his aggressive approach to deliver few blows.

As the bout progressed, Li mixed his aggression with caution to start dominating Abe. At one point it looked the fight would not last too long, but Abe survived the onslaught till the last bell. However, his efforts were not enough to stop Li from winning 30-26, 30-27, 30-27.

In the penultimate bout of the day, Ovince Saint Preux quickly fended off a fierce attack by Tyson Pedro and outclassed him in the first round in 2 minutes and 54 seconds by submission via arm bar.