The 24-year-old Gursimar, who hails from Kapurthala, won in Mumbai in February, 2016. 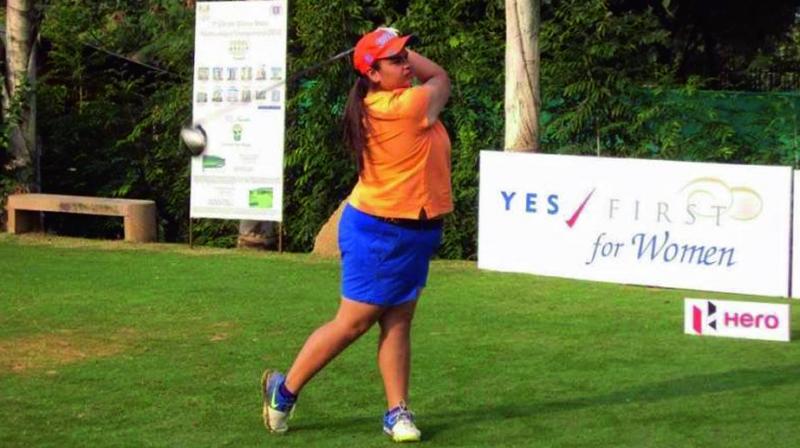 Gursimar Badwal, with just one professional title to her name, carded the day’s only sub-par round of 71 to take the sole lead after Round One of the ninth leg of the Hero Women’s Professional Golf Tour 2017 in Bengaluru on Wednesday.

Top stars Vani Kapoor and Amandeep Drall, who between them have won five of the eight events this season, had disappointing starts. Vani shot a 77 and Amandeep was one behind with 78.

The 24-year-old Gursimar, who hails from Kapurthala, won in Mumbai in February, 2016.

On Wednesday at Prestige Golfshire, she did not have a great start with two early bogeys but sank a birdie to reduce the damage.

She found her rhythm on the back nine, with four birdies. She birdied the 10th and then found three more in a span of four holes from 14th to 17th besides a bogey on the 15th to end at one-under 71.

Gursimar was two shots clear of amateur Ridhima Dilawari, who had a round of 73. Four players, including amateur Pranavi Urs, Gaurika Bishnoi, who has not finished outside top 10 this season in any of her eight starts, Neha Triptahi and Mehar Atwal shot 74s to share third place.

Siddhi Kapoor was seventh with 75, while Sonam Chugh, Suchitra Ramesh and Afshan Fatima were tied eighth with rounds of 76 each.

The surprise of the day was Vani, who just could not get going and shot five-over 77 to be tied 11th, six shots behind the leader.

Winner of three of the four tournaments she has played on the domestic circuit this season, Vani, had just one birdie against four bogeys and a double bogey. But she has two more rounds to make amends.

Bringing in a disappointing 78 was Amandeep, who also had just one birdie. Amandeep, who has won twice and been second four times this year, had five bogeys and one double bogey and was 14th.

In the second round, Gursimar will go out with amateurs Pranvi Urs and Ridhima Dilawari, in the final group, while Gaurika Bishnoi, Neha Tripathi and Mehar Atwal will be together in second to last group.