ECC started with a flourish by winning the opening two frames and looked good to retain their crown. 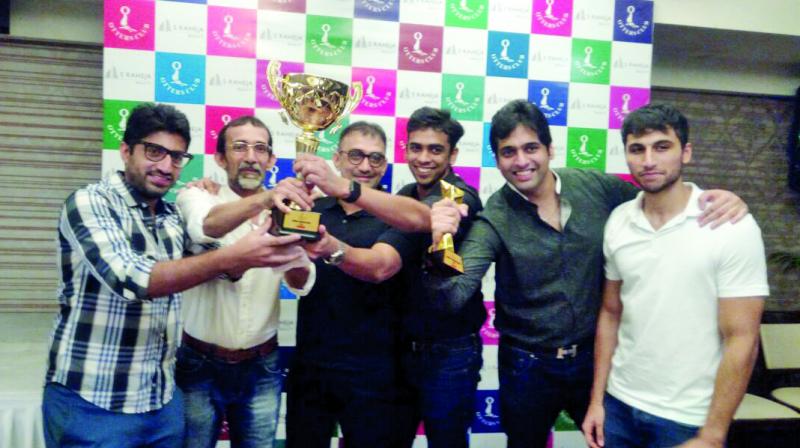 The event was conducted by the Billiards and Snooker Association of Maharashtra (BSAM) and played at the Otters Club billiards hall.

Playing on their home table, Otters Club, displayed solid resilience and exhibited strong fighting qualities as they recovered for a 0-2 deficit to dethrone defending champions ECC ‘Elfies Hornets’ (Elphinstone  Cricket Club)  by a 3-2 margin in the final. The event was conducted by the Billiards and Snooker Association of Maharashtra (BSAM) and played at the Otters Club billiards hall.

Meanwhile, Rishabh Thakkar, shone the brightest by winning both his matches, including the fifth and deciding frame, in which he compiled a break of 53, to enable Otters Club cross the winning line. Thakkar won the ‘Player of the Match’ award.

ECC started with a flourish by winning the opening two frames and looked good to retain their crown. Rushabh Gohil (+55) held his nerves and stayed focused to snatch a close 106-104 win against Otters Club’s consistent player Abhimanyu Gandhi (+20) in the first frame. Later, ECC skipper Farhad Tengra and Vilas Upsham (+20) combined nicely to tame the Otters pair of Zenul Arsiwal and Yudhishthir Jaising (+27) by 75-48 points to give ECC a solid 2-0 advantage.

However, Thakkar turned things around for Otters when he defeated Pramod Pol (+50)105-98 in the third frame before Gandhi got the better of Gohil, scoring a comfortable 108-63 win to level the frame scores at 2-all. In the decider, Thakkar was on song and signed off in grand style by constructing a neat run of 53 as he coasted to 116-44 win against Vilas Upsham (+40) to secure Otters triumph.