Advani, who is headed for the world snooker and billiards championships in October-November, felt competition is getting tough. 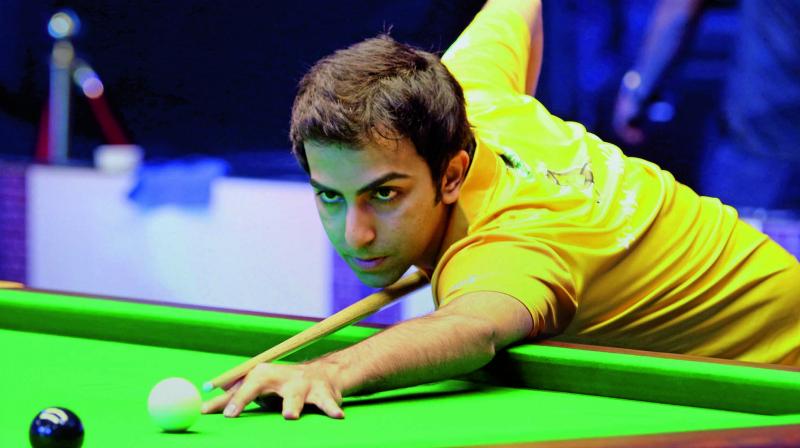 Ahmedabad: Pankaj Advani normally goes about his business quietly in international tournaments. But Cue Slam is making him expressive. Known as a shy guy, he also has thrilled audience with some funny moves in a rush.

“I like to keep to myself normally one week before the tournament. I don’t use my phone. “When I am out, I don’t call. I like to concentrate harder and keep my mind uncluttered. “But here I am active on social media for promotions, enjoying myself,” he said.

“Psychological mental toughness and physical development is essential. I practice hard, work on back and leg strengthening and make sure I stay out of the limelight,” he added about his preparations. However, the 32-year-old Bengaluru cueist doesn’t mind the change as it is for short duration. “It is a one-off tournament, once or may be twice a year. It requires 10-day preparations.

“We have to adapt to conditions to every format on different tables. I am not playing in UK, so I will take September off and then prepare hard and focus again before the snooker and billiards world championships. “I want to give billiards and snooker equal weightage,” he revealed.

After initial struggles that included a close loss to Bengaluru Buddies icon player Darren Morgan of Wales, the Chennai Strikers captain showed signs of coping with the new format on Tuesday by slaying Amir Sarkhosh and also winning his mixed doubles snooker game with Vidya Pillai as Chennai hammered Hyderabad Hustlers 5-0 to top the league with 14 points after all four league ties comprising of best of five matches.

“It was a mixed feeling playing against Bengaluru Buddies. I had interesting match against Morgan and I was rushing on the table but couldn’t pot the black ball just in time, however it thrilled the audience which is great. The tie was close but we lost 2-3,” he said.

Advani, who is headed for the world snooker and billiards championships in October-November, felt competition is getting tough. “Players from the UK and China are good. Thailand and Pakistan also has some good players. “The quality of game is improving and we have to maintain level,” said Advani who was the semi-finalist in snooker last year and won world title in snooker last in 2015.