At the Rio Olympics she had made an early exit though she entered the biggest sporting event as world number one. 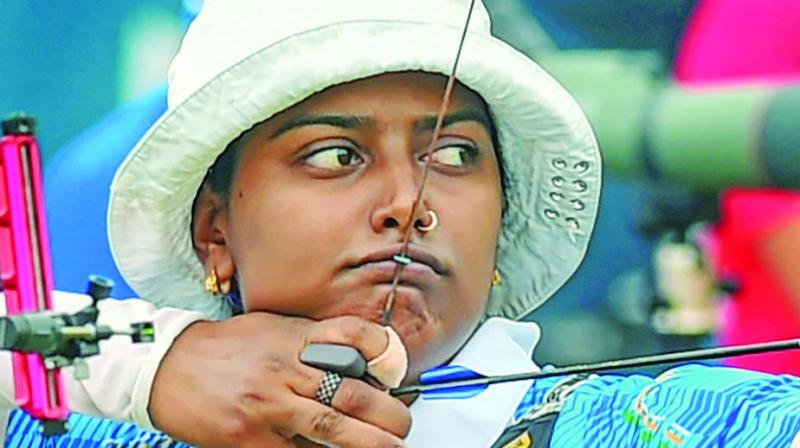 Jakarta: Former world number one Deepika Kumari yet again flopped at the big stage as it turned out to be a depressing day for India’s recurve archers, whose challenge ended at the Asian Games here on Thursday.

Of all four archers in action today, only Atanu Das managed to reach the quarterfinals while the other three fell by the wayside at the preliminary stages. After getting a bye, Deepika got past North Korea’s Hyang Ji Ri (6-2) but fluffed her second last shot in the third set to lose 3-7 to Chinese Taipei’s Chien Ying Lei.

India’s only hope, after Deepika came a cropper, was Das but he too lost his quarterfinal 3-7 to Indonesia’s Riau Ega Agata Salsa Billa. In the final set, the 26-year-old needed to hit a 10 in the final shot but found an eight to total 28. The local favourite after shooting a 10 in his first shot, delivered a 10 and 9 to clinch the match.

Das had defeated both Yong Won Pak from Korea and Denis Gankin of Kazakhstan with identical 7-3 victories Deepika had come into the Asian Games after winning a World Cup (Stage Event) gold. “I am very disappointed with the result. My start was good and I tried hard but the second last shot in the third set was pretty bad. After that, I just could not get the 10s consistently,” Deepika said, though she denied that having felt any pressure.

At the Rio Olympics she had made an early exit though she entered the biggest sporting event as world number one. Asked if she has a mental block coming to such marquee events, Deepika replied in the negative. “I also expect myself to do well. I do not feel pressure at big events. We don’t think like, this is a big event. That thinking puts pressure. We just try hard, practice,” she said.

Promila Daimary was also eliminated after losing 2-6 to Mongolia’s Urantungalag Bishindee in the second round. The second Indian in men’s individual recurve, Vishwas got the better of Bataa Purevsuren of Mongolia 6-2 in first match but crashed out after losing pre-quarterfinal 1-7 to Kazakhstan’s Ilfat Abdullin.

India’s recurve coach Sawaiyan Manjhi said they also struggle to understand why Deepika does not carry her pre-tournament good form into big competitions.