Awadhe won both their men’s singles and mixed doubles matches to take an unassailable 3-0 lead (4-0 on points) in the five-match duel. 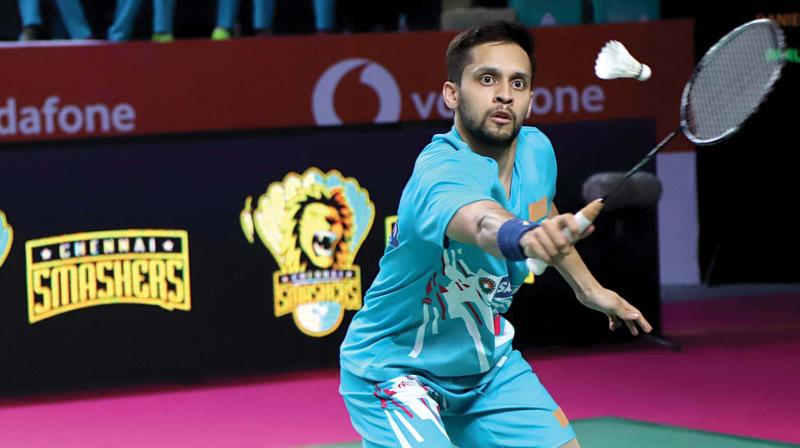 Awadhe Warriors’ Parupalli Kashyap in action against Daniel S. Farid of Chennai Smashers in their PBL match in Guwahati on Saturday. Kashyap won 15-12, 15-8.

New Delhi: Awadhe Warriors put behind the absence of their star player Saina Nehwal to upset Chennai Smashers in the opening match of the third Vodafone Premier Badminton League in Guwahati on Saturday.

Awadhe won both their men’s singles and mixed doubles matches to take an unassailable 3-0 lead (4-0 on points) in the five-match duel. World no. 3 Kidambi Srikanth defeated France’s Brice Leverdez 15-12, 15-14 to build upon the successes of Parupalli Kashyap and the mixed doubles pair of Christinna Pedersen and Tang Chun Man earllier.

Kashyap won his singles against Daniel S. Farid 15-12, 15-8 to give them an additional advantage as Awadhe had ticked this encounter as their trump match. Victory gave them two points as against the usual one for a win.

Their successes were roundly cheered by Saina from the bench after she was ruled out with an ankle niggle ahead of the high-voltage meeting against Sindhu.

Awadhe coach Anup Sridhar, however, was hopeful Saina will turn out in New Delhi for their second match against North East Warriors on December 30.