Sindhu, Sakshi and Dhoni in line for Padma honours 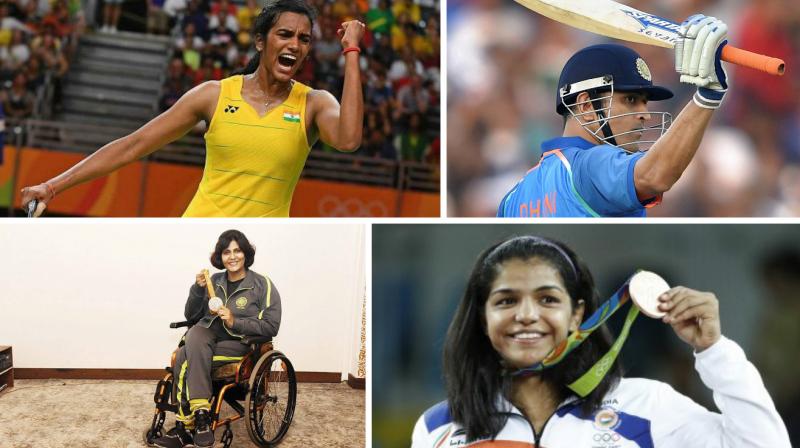 Sindhu's coach Pullela Gopichand will also be receiving the award.

Dhoni led Team India to the top of the world rankings in Test cricket, and also led the side to victory in the 2007 ICC World T20, the 2011 World Cup and the 2013 ICC Champions Trophy. The 35-year-old had already retired from Test cricket in 2014, and was functioning as India’s limited overs skipper till last year. However, he relinquished his limited overs captaincy at the turn of the calendar year.

PV Sindhu capped off a brilliant year in 2016, winning the Malasian Grand Prix Gold tournament, and then going on to clinch a silver medal in the women’s singles event at the Rio Olympics. She is now playing in the Syed Modi Grand Prix, which is currently going on in Lucknow.

The Padma awards were started in 1954, to felicitate Indians, who have excelled in different fields – arts, literature, sports, social work, medicine, science, civil service, and others.

The three categories of Padma awards that are doled out are Padma Vibhushan, Padma Bhushan, and Padma Shri, in descending order. MS Dhoni has already been conferred with the Padma Shri award in 2009.