How awake are you?

In an athlete’s world, sleep is synonymous to rejuvenation, recovery and better performance. 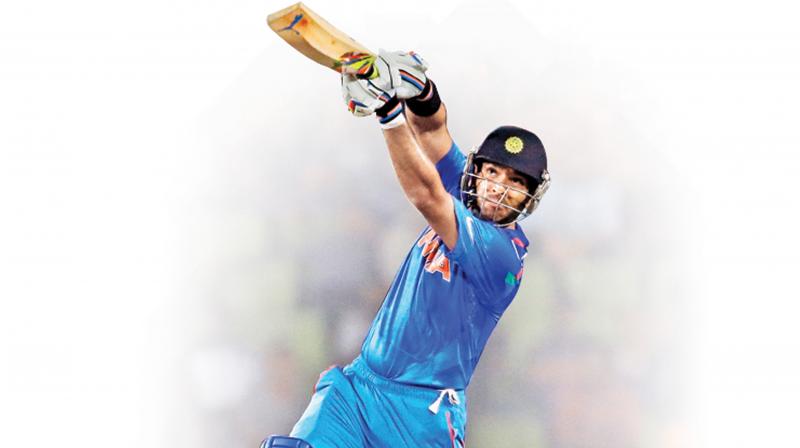 It was the night of March 31, 2011. India had reached the final of the Cricket World Cup and Mahendra Singh Dhoni’s men had gathered in Mumbai for what would be the biggest match of their careers, come April 2.

Next morning, the team got together at Wankhede Stadium at 9.30 am for a training session, but one man was missing. Their man-in-form, all-rounder Yuvraj Singh had overslept that morning.

Was it fatigue, pressure or simply the relief of having reached the final?

Yuvraj arrived at the ground two hours later, expecting his team mates to have a go at him. No one in the Indian team was spared for coming late, with jokes and banter flying in!

Everyone was unusually silent though and Yuvraj headed to coach Gary Kirsten. “I went over to Gary. I told him I was struggling to get sleep. Sleeping pills were useless,” Yuvraj recalls in his biography The Test Of My Life.

“Obviously Gary wanted us to be fresh about the final, he didn’t want me moaning about sleep. So he called (physiotherapist) Nitin Patel over and told him he was to give me an injection that night for a good night’s rest. Nitin resisted.

“He said the injection was a worthy idea but what if it made me drowsy the whole day. A sleeping tablet would be it, but a different one.”

Patel called up several doctors and finally handed Yuvraj a sleeping pill — of the same salt, but a different colour.

In Yuvraj’s words, he “had the best sleep of the tournament that night” and a few hours later, India turned the dream of a billion people into reality.

Most of us would pick India’s Cup victory as our favourite part from this story, but ask the experts and they will point to a tiny five-letter word. Sleep.

In an athlete’s world, sleep is synonymous to rejuvenation, recovery and better performance. Sport scientists say that talent, aggression and skills can come to nought if a player goes without sleep for long durations, while psychologists assert that an athlete needs as much sleep — if not more — as new parents do.

At the venue of the last Test in Dharamshala, Smith asked Tibetan spiritual leader the Dalai Lama on “secrets to a sound sleep” in a battle-like scenario.

“His Holiness, do you have any good meditation techniques to fall asleep?” Smith had asked.

The Dalai Lama replied: “That I don’t know.

“I think indirectly when your mind is at peace, then sleep automatically or naturally comes. If your mind is disturbed and too much anxiety, anger of course these are very bad for sleep.

“So relax your mind and go there. Usually, I spend nine hours sleep. Very peaceful. Then at least four hours for some meditation.”

Tennis great Roger Federer and basketball star LeBron James famously sleep for an average of 12 hours a night, while sprint king Usain Bolt and tennis ace Venus Williams get up to 10 hours a night. Federer has said, “If I don’t sleep 11 to 12 hours per day, it’s not right.”

In 2011, professor and director of Division of Sleep Medicine at Harvard Medical College, Dr Charles Czeisler got a desperate call from the Boston Bruins — a professional ice hockey team based in Massachusetts. The Bruins were one game away from their first Stanley Cup title in 39 years, and wanted to cover every base.

In an age where analytics, technical expertise and planning take precedence over everything else, Dr Czeisler offered the simplest of advice. He asked the team to cancel their morning practice session and take a nap instead! He wanted them to catch up on lost sleep time.

Said Dr Czeisler, “Asking athletes to play on minimal sleep is the same as asking them to play with one hand tied behind their back. It’s making them do something we know degrades their reaction time... They spend all this time practising but never get to sleep.”

That night, the Bruins lifted the Stanley Cup and even though none could tell for sure if it was ‘Sleep Doctor’ Czeisler’s effect or purely talent and skills, a significant aspect was looked into in a team’s preparations.

Recently, cricketer Sourav Ganguly had everyone in splits when he “complained” how room mate Sachin Tendulkar “kept him awake” on most nights as he practised in front of a mirror at 2.30 am with lights on! 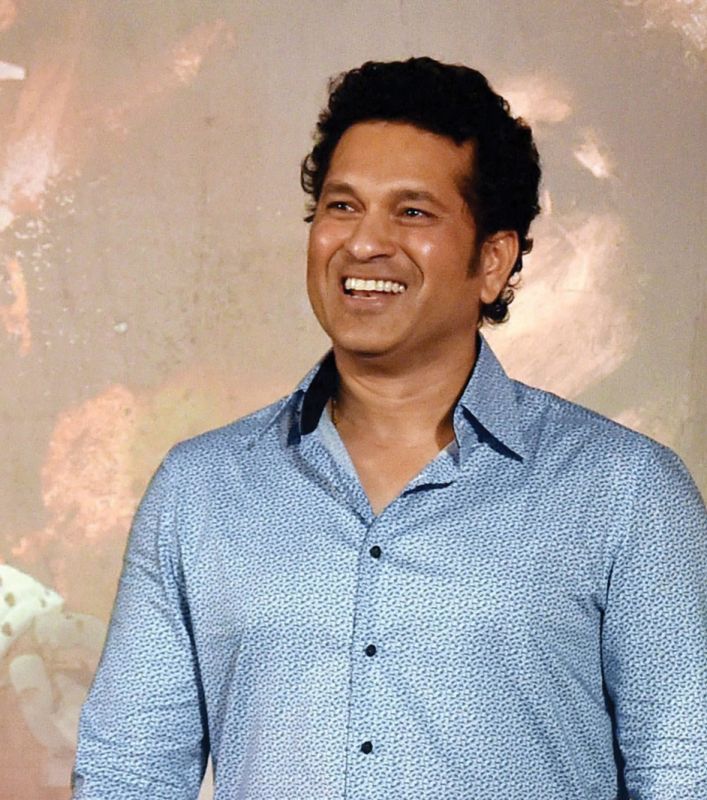 The story dates back to January 4, 1992 a day before Sachin scored his first Test hundred in Australia. Sachin could not sleep and in his hotel room in Sydney, he spent time honing his skills. “How can one sleep with the lights on, so I had to wait for him (to finish his shadow practice),” Ganguly remembered.

A sleepy-eyed Sachin arrived at the ground and was found dozing in the dressing room. “With my pads on, I decided to take a power nap and told Dada (Ganguly) to wake me up if Azhar gets out,” Sachin was quoted as saying later.

Unlike some who find it difficult to get going in such a scenario, the Master Blaster was in top form and had 148 not out against his name when he returned to the pavilion.

Says sport and performance psychologist Chaitanya Sridhar, “The mind plays a crucial role here. Instead of stressing out that performance will deteriorate due to lack of sleep, if an athlete focuses on channelising energy and believes s/he can perform, then they surpass and perform exceedingly well. Post match, they compensate for lack of sleep.”

On another occasion, Tendulkar spent 12 sleepless nights before the 2003 World Cup match against Pakistan. He later blew the opposition away with a breathtaking 98.

In Sachin’s words, “Frankly, everyone was talking about the India-Pakistan game... The build-up had reached such a level that when we got to South Africa, we kept getting phone calls telling us that, come what may, we had to win that game. I spent sleepless nights before that — a sign of the pressure, and also a way of getting ready for the game.

“I do like it, because it’s part of my preparation for a game. For 12 to 13 nights, I just kept tossing and turning in my bed, thinking of the match. As it got closer, it became worse, and I just wanted to go to the middle and bat.”

But there is an interesting sub-text here: on how sportspersons may lose out on sleep, sometimes staying awake the entire night looking for sex.

In 2009, there was an uproar in Indian cricket when a document recommending sex as a performance aid — apparently prepared by mental conditioning coach Paddy Upton and coach Gary Kirsten — was leaked to the media.

Titled Does Sex increase performance, the chapter began, “Yes it does, so go ahead and indulge.”

The document though included a more cautious quote from Tim Noakes, a South African sports scientist highlighting how losing out on sleep for the same could be hazardous. Said Noakes, “Sex was not a problem, but being up till 2 am, probably having a few drinks at a bar while trying to pick someone up, on the eve of a game, almost always was.” Similar was the view of Holland football manager Clemens Westerhof, when he was in charge of Nigeria. He once famously said, “It’s not the sex which tires out young players. It’s the staying up all night looking for it.”

South Africa’s Paddy Upton, who is currently coaching the Delhi Daredevils in the Indian Premier League, highlights the effects of going without sleep for a longer duration.

Says the 48-year-old, “I’d say sleep is relatively undervalued compared to things like diet, fitness and post-match stretching or ice-baths. Lack of sleep does lower immunity, which is exacerbated by so many other factors that further lower immunity in pro sport, such as regular flights, pre-cooked (nutrient deficient) food, high intensity exercise and stress. Add all this together, for a sustained period, and one will find athletes getting sick and injured, which is both avoidable and costly.

“Sustained lack of sleep takes the edge of, and eventually leads to a run of poor performances through low energy, retarded learning, impaired decision-making and reduced physical capacity.”

What do athletes do?

Most professional athletes have their own ways to counter the situation.

Hockey skipper Sreejesh P.R. carries his school chemistry books to national camps to “bore himself to sleep”, while many of his team mates follow a no phone/computer policy after 10:30 pm.

Says Sreejesh, “For me, a good night’s sleep means better performance. I have tried the back-counting method, in which I have even gone from 1,000 to 1 but to no avail.

“I have two methods: Walk till the time you feel tired; and read. The second one, especially with books, works every single time.”

National badminton coach Pullela Gopichand reveals he uses Yoga Nidra method for his players besides sleeping in a dark room with no gadgets. While some athletes try to catch an afternoon nap — not more than 40 minutes — a few also rely on sleeping pills. 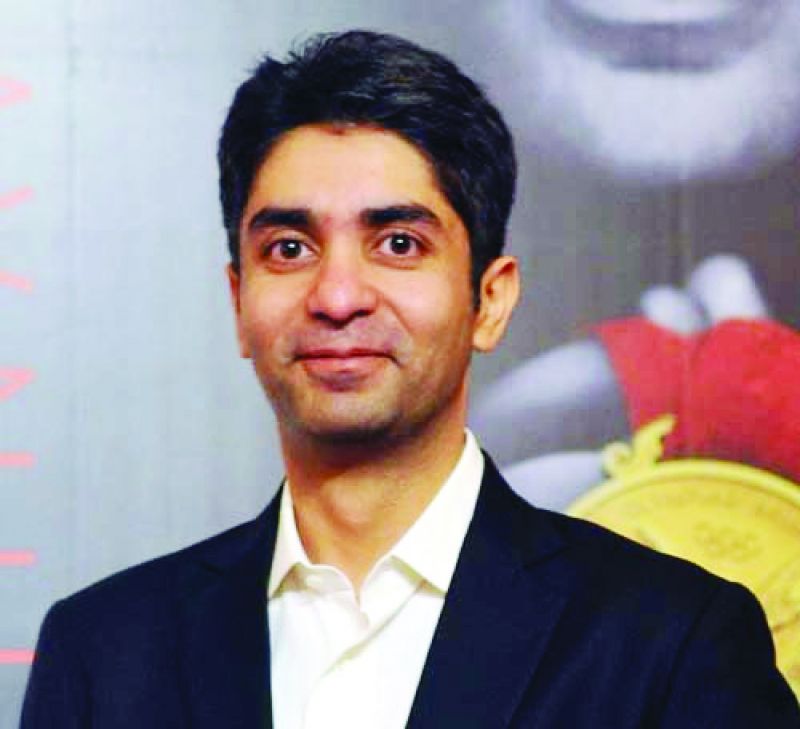 2008 Beijing Olympic gold medallist shooter Abhinav Bindra, a teetotaller, “emptied a miniature bottle of Jack Daniels” a night before his final. The champion shooter writes in his biography, “I am too wired to sleep. I stand in my balcony at 3 am and look out into the dark nothingness...

“In Munich, before the Olympics, I was clearing out my hotel room when I halted inexplicably at the mini-bar. I am not a drinker, yet I seized a miniature bottle of Jack Daniels. Perhaps in a hideway of my mind I felt the pressure of the Olympics, as if a nervous breakdown was imminent, and I carried it with me.

“Now on this sleepless night, I retrieve it from my kit, I twist it open, empty it into my nervous stomach.”

Bindra slept for just one hour that night before shooting his way to a glorious gold.

Says Upton, “The anxiety the night before a big game naturally makes falling asleep difficult. Rather than lie in bed awake, many athletes choose something to either occupy the waking time, or help them fall asleep.

“Watching television is less impactful on the brain, but the content that one watches has an impact. An action-packed movie will elicit adrenaline and this wards off sleep. A peaceful movie is better. Best still is a book.

“Another common method is to have a few alcoholic drinks. I am not sure which is less desirable the night before a game, two beers and seven hours sleep, or no alcohol and five hours sleep.”

A new study from Finland has some good news for athletes. Researchers say that studies have shown just how treatable sleep disorders among athletes really are. Although many of the athlete’s sleep troubles were classified as “significant”, the study showed that general sleep-related guidance and treatment plans greatly improved their sleep, follow-up visits one, three and 12 months later found.

Dr Sridhar has the final word. “What we focus on tends to grow and the mind-body connect plays a crucial role which helps being in charge. Identifying the cause of lack of sleep is important. As far as my experience goes, once an athlete learns to cope with them, they don’t face the issue over an extended time and/or with the same intensity,” she says.

It’s time to hit the bed!