India’s fourth-place finish at the Games has raised questions and has brought the focus on Dutchman Marijne and his coaching methods. 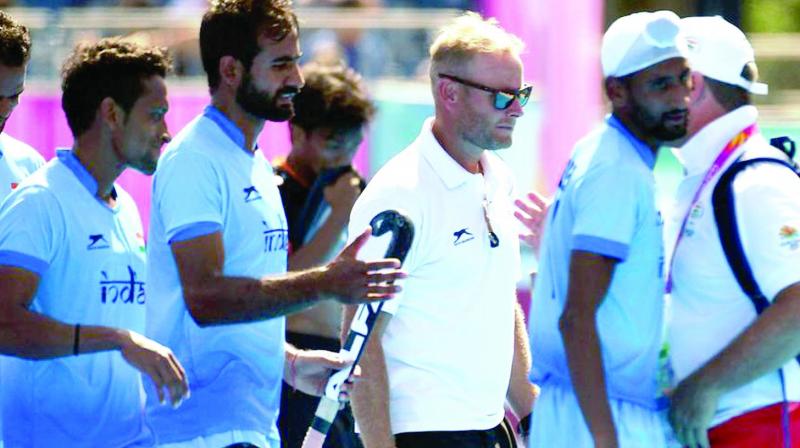 Holland’s Sojerd Marijne took over as India coach in September 2017.

India’s fourth-place finish at the Games has raised questions and has brought the focus on Dutchman Marijne and his coaching methods.

Said an official in the know of things, “The Commonwealth Games performance is a huge concern and just not acceptable. India were the second highest ranked team in Australia and still lost to New Zealand and England. The decision to include youngsters seems to have backfired (at the CWG) and one is forced to think whether leaving out senior players was a sensible call. There was lack of coordination, poor finishing and the display was below par.”

India, who had picked five youngsters ahead of seniors like Sardar Singh, Birendra Lakra and Ramandeep Singh, returned home empty-handed for the first time in eight years at CWGs.

The 43-year-old Marijne — coaching a senior national team for the first time — appeared under intense pressure at Gold Coast where his wards were given a scare by world no. 24 Wales, before managing to eke out a last-minute win. The signs were imminent in their tournament opener when world no. 13 Pakistan held them 2-2. Questions are also being raised over Marijne’s player-driven approach that puts the focus squarely on the leadership group to chart the way ahead.

Added the official, “Everything is being monitored closely and a review will be done once Marijne arrives here after a short break. It is time the coach and other support staff come up with some answers.”

Marijne, it is understood, had called a meeting with the leaders group in Gold Coast on the final day of the Games, where matter were discussed at length. Players had voiced concerns about leaving out experienced colleagues and had also called for better co-ordination.

The development also hands a lifeline to former captain Sardar, who has been included in the probables list for the national camp beginning at Bengaluru this week.