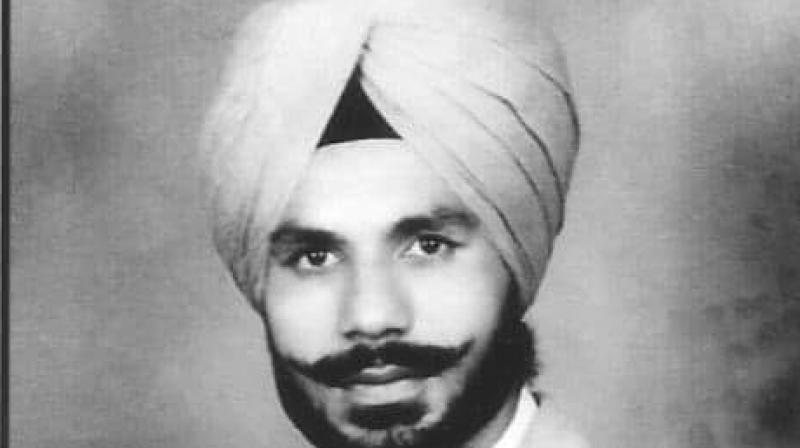 Chandigarh: Hockey legend and one of India's greatest sporting heroes, Balbir Singh Sr, died at a hospital in Chandigarh on Monday after battling multiple health issues for over two weeks.

The three-time Olympic gold medallist was 96. He is survived by his daughter Sushbir and three sons Kanwalbir, Karanbir, and Gurbir.

He will be remembered for playing for and leading India in three Olympic Games and then in 1975 managing the Indian team that won the 1975 World Cup.

The hockey legend was in a semi-comatose state since May 18 and had developed a blood clot in his brain after being first admitted to the Fortis Hospital in Mohali for bronchial pneumonia and high fever. He suffered three cardiac arrests during the course of his treatment. He died at around 6:30 this morning.

His grandson Kabir later sent out a message stating, "Nanaji passed away this morning."

One of the country's most accomplished athletes, Balbir Singh Sr was an iconic centre-forward at a time when hockey was in its halcyon days in newly independent India and was the country's claim to international acclaim. Balbir was the only Indian among 16 legends chosen by the International Olympic Committee across modern Olympic history.

His world record for most goals scored by an individual in the men's hockey final of the Olympics still remains unbeaten.

He had scored five goals in India's 6-1 victory over the Netherlands in the gold medal match of the 1952 Helsinki Games. He was conferred with the Padma Shri in 1957.

He was also the manager of India's only World Cup-winning side in 1975.

It was the fourth time in the past two years that the former captain and coach was admitted to the Intensive Care Unit (ICU).