Puneri Paltan defender has been part of PKL since first season but hasn’t played in the finals yet. 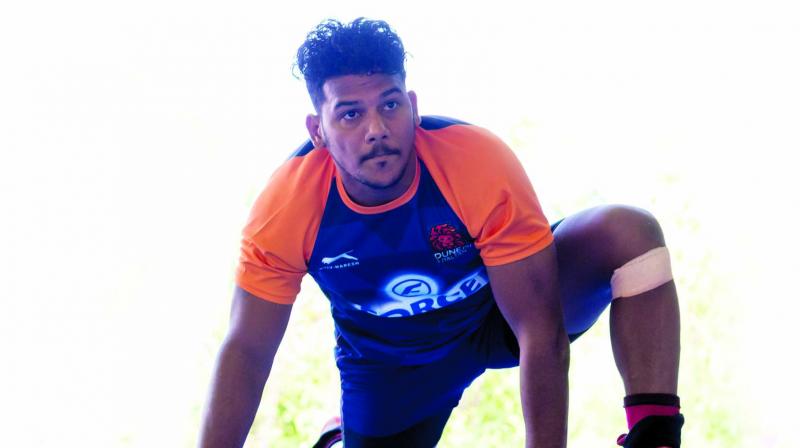 Puneri Paltan defender Girish Ernak is playing in the Pro Kabaddi League since first season but hasn’t lifted the cup yet. He was with Patna Pirates for the first two seasons and shifted to Bengal Warriors for next two seasons before joining Paltan for the fifth season.

He came into his own in Season 5 with new franchise Paltan establishing his credentials as a solid left corner defender. He carried his form well at the national level, as a part of India’s 2018 Kabaddi Masters Dubai winning team and also represented India in the Asian Games last year.

He captained Paltan to the fourth place on the Zone A points table last season but they couldn’t qualify for the playoff stage. His team’s best finish has been number three, and hence he is yet to play in the final. This year under new coach Anup Kumar, Ernak is ready to do everything it takes to lift the PKL trophy.

“My goal is to lift the PKL trophy. I am ready to do whatever it takes to lift the title. I have been working hard and have made a few changes in my game,” he said.

However, he admitted it is going to be a tough ask to have hands on the trophy, considering all teams in the PKL-7 are evenly matched. “It is going to be very hard season. Anyone can beat anyone on their day. It is tough to predict who will reach playoffs,” he added.

The Maharashtra left corner defender praised his former team-mate in the Indian team, Anup Kumar and his influence on the franchise. “I have played with and against him. He maintains good relationship with all players and has simple coaching methodology. Players again good experience under him and get to learn a lot about the game,” he said.

Paltan hadn’t good start to the PKL-7, losing 24-34 to Haryana Steelers in their opening game on Monday in Hyderabad. But Ernak has eyes already set on the Mahrashtra Derby clash on Saturday in Mumbai.

“We have our strategy in place and will employ new technique against U Mumba. We will do our best and try to win the game,” said Ernak about the much awaited clash against U Mumba.

Ernak who was reluctantly put into the sport by his Dnyan Mandir High School, PET teacher Sunil Koli is loving the attention he gets through PKL. “Earlier hardly anyone knew us. Now PKL is shown all over the world on TV, now all recognize us. It has changed our lives and also made us financially stable. All my school friends are happy with me. It is heartening to see people playing kabaddi in the by-lanes. This game is now played in English as well as Marathi school’s and has gained popularity in my area,” said Ernak who was part of the Maharashtra team that won national championship in January last year.

“When I am not playing in PKL, I remain busy in district, state and national championships and camps. I am also employed in BPCL and participate in inter Oil tournaments. This keeps me busy throughout the year,” he said.