A race for resource

The team will be taking competing in the Indian Naitonal Rally Championship and MRF Supercross later this year. 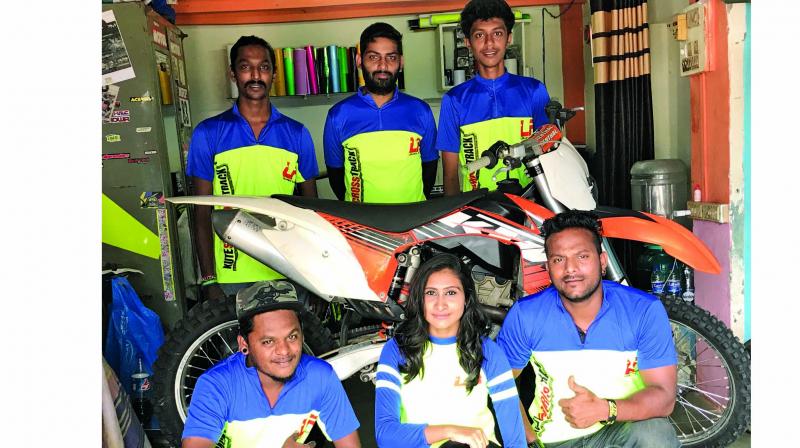 The 26-year-old recalls that she was always fascinated as a child to see her father ride a bike.

The world was astonished when Claudio Ranieri’s Leicester City FC lifted the Premier League Trophy in 2016 beating all the odds and giants of the league. Such is the story of Lorraine’s Racing Team of Worli whose racer Venkatesh Shetty grabbed the first position in the Monsoon Scooter Rally last month beating the corporate giants including India’s finest TVS Factory Rally Team.

The team owned by Loretta D’lomen is one of the only recognised racing teams from the city. Loretta ventured into the sport of racing in 2013 after she witnessed the sport of mud-splashing and noisy bikes live. The 26-year-old recalls that she was always fascinated as a child to see her father ride a bike and it was more of a childhood dream to pursue something like this. “While I was watching the rally, there were no female participants in the race. I went up to the organisers to know if women can even participate or not. They informed me that I could take part and also bring my friends to the race,” she says as she recollects. “My father has never supported me wholeheartedly because he is scared that I will get injured but at the same time he boasts about my wins to his friends.”

Later in the same year, the group was formed where Loretta along with Venkatesh Shetty, Zeeshan Sayed, Shabuddin Sayed, Sagar Kadam, Prasad Yadav, Nayan Kosambi and Jude Anthony. The team, based in Worli, burned midnight oil to give the slightest of competition to the giants by assembling its own bikes, making money working overtime at their respective jobs. Even though, one of its riders was able to win the rally, the team still faces issues pertaining to practice. The team travels to Nashik every weekend to train as there are no tracks in Mumbai. “In Mumbai, the sport is not recognised well by the people. There was a track in Uran, which is not functional anymore. We travel to Nashik but it is very hectic. In other parts of the country, they have top-class facilities where the racers gain experience and become much
better,” says Venkatesh who also owns a garage in Worli.

The team feels that there are more banes than boons in the motorsport business in Mumbai in terms of money. Loretta organised a dirt bike race in Versova in 2015 where she had to pay more than what she had earned. “I wanted to take an initiative for the racers but I incurred a financial hit,” says Loretta who is also a fashion designer. “I use the money that I make from designing for the team so that we can get better upgrades.”

The sport is not one where you can make money, especially in India. The racers do not rely on it primarily. Venkatesh explains, “When I had come first in the monsoon rally, I was riding a bike called Aprilla. After my win they were taking the credit and before the race they did not even want to sponsor us. Such is life as a racer currently.”

The team will be taking competing in the Indian Naitonal Rally Championship and MRF Supercross later this year.