Kidambi Srikanth failed to replicate his good performances in the tournament so far and was seen struggling against Son Wan Ho. 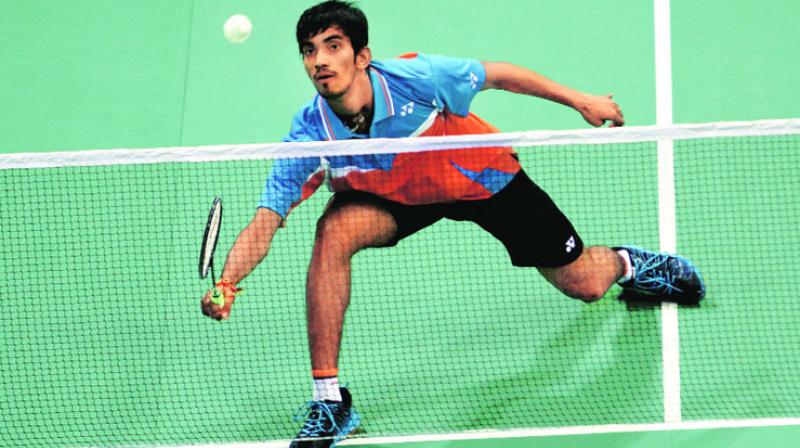 Kidambi Srikanth struggle with his precision and placement of strokes and it helped Son Wan Ho. (Photo: PTI)

Glasgow: Ace Indian shuttler Kidambi Srikanth suffered a major blow as he crashed out of the World Badminton Championships after going down in straight games against top-seed Son Wan Ho of South Korea in the quarter-finals of the men's singles event here on Friday.

The 24-year-old, who was on 12-natch winning streak, failed to replicate his good performances in the tournament so far and was seen struggling against his South Korean opponent.

Eighth-seeded Srikanth eventually slumped to a 14-21, 18-21 defeat at the hands of world number one Wan Ho in an exhilarating last-eight clash that lasted 49 minutes.

Wan Ho, who had lost both his previous matches against the Indian shuttler earlier this year, made a concerted effort to be more aggressive and continued in the same way to win the opening game in 20 minutes.

In the second game as well, the Hyderbadi shuttler was found at sixes and seven. After being a game down and trailing 5-16 in the second, Srikanth mounted an impressive comeback and narrowed the lead down to two points at 17-19. But he missed a net kill at that score and the top seeded converted his first match point opportunity to win the match in 48 minutes.

En route to quarter-finals, the ace-Indian shuttler produced a rich vein of form to sweep aside 14th seed Antosen 21-14, 21-18 in the third-round clash.

With this, India's hopes of clinching their maiden medal in the men's category at the World Championships also ended.