Ajay Jayaram saw off the Netherlands’ Mark Caljouw in straight games to advance to the pre-quarter-finals. 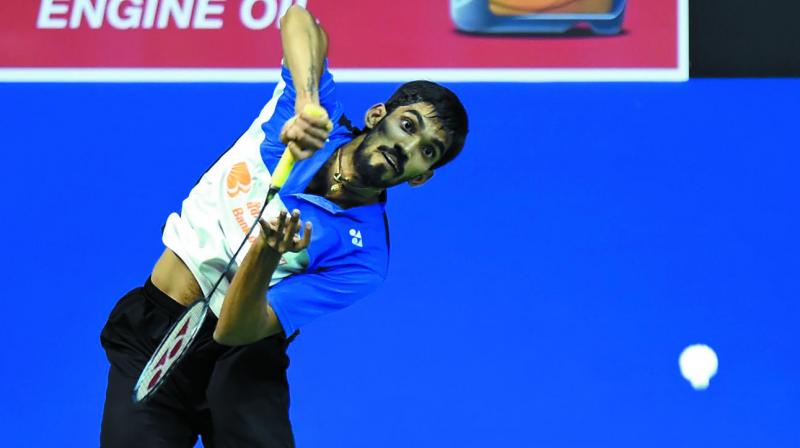 New Delhi: P.V. Sindhu and Kidambi Srikanth advanced to the quarter-finals of the world badminton championships in Glasgow on Thursday.

After forcing the match into the deciding game, she kept the pressure on her opponent, leading 5-1 and then 11-4.

It was Sindhu’s fourth win over Cheung.

He next plays either top seed Son Wan Ho of South Korea or 11th seed Tanongsak Saensomboo-nsuk of Thailand.

Ajay Jayaram saw off the Netherlands’ Mark Caljouw in straight games to advance to the pre-quarter-finals. Jayaram, seeded 13th, produced a clinical show to get past world no. 50 Caljouw 21-13, 21-18 in a 33-minute men’s singles match. The world no. 17 will now take on two-time defending champion China’s Chen Long.

Lin Dan in cruise mode
Five-time winner Lin Dan fought back from one set down to defeat England’s Rajiv Ouseph to reach the last eight. Lin, 33, also a twice Olympic champion, dropped the first set 14-21 before winning the next two 21-17, 21-16.

Japan’s Akane Yamaguchi suffered a shock exit as Chinese youngster Chen Yufei defeated the top seed in the third round.

“I am so excited,” she said. “This was one of my big goals this year, to beat Akane.”