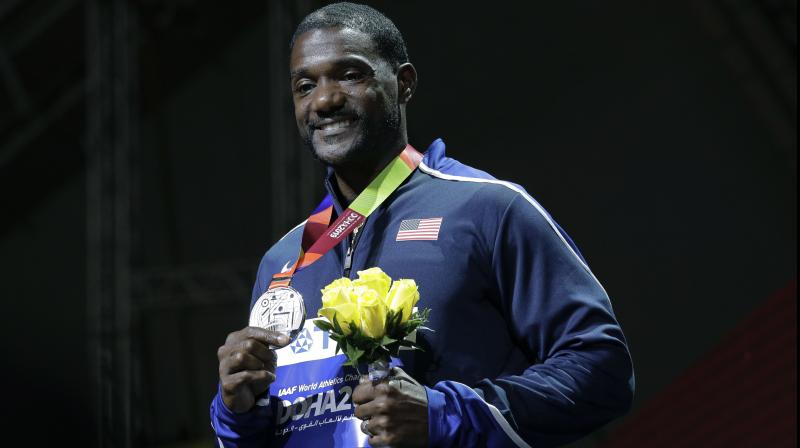 Los Angeles: Veteran US sprinter Justin Gatlin says he is drawing inspiration from NFL superstar Tom Brady and plans to compete in the postponed Tokyo Olympics.

The 38-year-old 2004 Olympics 100m champion had vowed to hang up his spikes after this year's Tokyo Games, which were postponed on Tuesday because of the coronavirus pandemic.

Gatlin told TMZ Sports on Wednesday the postponement had prompted him to prolong his running career, insisting he now planned to bow out in 2021.

"The goal will be to compete in the 2021 Summer Olympics," Gatlin told TMZ.

"I think a lot of people think that time is against me or against older athletes in this situation, and it's far from the truth."

Gatlin, who would be 39 if the Tokyo Olympics takes place in the same summer window next year, said he hoped to follow Brady's lead.

Six-time Super Bowl-winner Brady, 42, who has just signed for the Tampa Bay Buccaneers after 20 years in New England, has said he wants to play until his mid-40s.

Gatlin said Brady's example was a cause for optimism in his own sprinting career. "All this Tom Brady news that's going on right now, it's giving me a lot of hope to say 'Ya know, maybe a 40-year-old Justin Gatlin on the track won't be that crazy.'

Gatlin's career has been mired in doping controversies, with the American twice suspended for drugs offenses that forced him to miss the 2008 Olympics.