Role change for the cueist

Simplistic and serious minded, Advani loves hanging around with family. And busy improving his game, and working on his app. 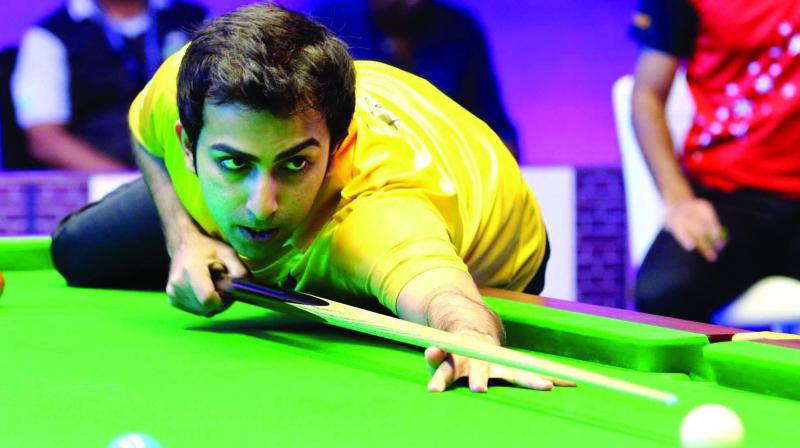 It has been an eventful year for city boy and Billiards champ Pankaj Advani. The ace cueist is currently in the news for taking on the role of Joint Secretary of the Karnataka State Billiards Association (KSBA). But, just as soon as the news broke, a flurry of speculation followed, considering Advani’s decision to be a part of the system, while also being active on the game front. Addressing that, aside of his love for bowling and how he doesn’t care much about social media; we get chatty with the champion who clinched the IBSF World Snooker Championship, his 18th world title.

The talented sports star who admits that he loves dancing, and that not many people know it, shares, “As a player first, the focus will always be on the game. And, yes, it’s not the first time that a sportsperson is taking on the role of an administrator, so the buzz around there being a conflict of interest is not something that deserves as much attention as we are giving it right now. There’s going to be a panel, and it’s not me calling the shots.

My role is restricted to matters outside of the playing table. Personally, I feel it’s a great move to involve players as being inside of the system helps us understand a lot more about the game than being outside of it,” shares Pankaj, who is currently busy with his App (which was launched a year ago), and a few tournaments in the pipeline.

Unsurprisingly, the days ahead seem packed — Just the way Pankaj likes it. The Bengaluru sport-star who was conferred the Padma Bhushan, earlier in April, recently clinched the IBSF World Snooker Championship — his 18th world title. The champion cueist has bagged a total of 19 titles, including winning gold twice at the Asian Games in 2006 and 2010. Speaking of which, he says, “It has been a very interesting year as the first quarter of the year was spent in tournaments that rendered great innings. I took a small break soon after, and will get back in action with a few world championships from September.”

Simplistic and serious minded, Advani loves hanging around with family. And busy improving his game, and working on his app.

“I’m working towards connecting and offering pep talks to young billiard players via the app. There’s a lot of work in terms of ideation and coming up with unique ideas, tips for these masterclasses as I don’t wish for the content to be a repeat or a rip off from other popular apps out there,” Pankaj divulged. He believes it’s the right time to dole out support to aspiring and fledgling sports-persons. As an alumnus of Jain University,  Pankaj believes, the right platform and support has really helped. “I honestly haven’t been in touch with a lot of students in the recent past, which is why the idea of conjuring up an app which connects me to young players came by.

I’d love to interact with more young players and offer support.” Despite being affable, Pankaj likes to take it easy on social media. “I’m aware of the importance and significance of social media but don’t wish to be consumed by it. I haven’t gotten badly trolled so far, but I have come across a few (trolls), and I think some are very funny. At the end of the day, I’m clearly not someone who’s hooked on to it, as I’m aware of its triviality. There are a bunch of frustrated people who will say what they want to, and it’s important to take the vibe of the medium with a pinch of salt. On a day, when I have a lot of time on my hands, I’d rather be watching movies, bowling or spending time with family over being glued on to a social networking site,” he signs off.