India finished on top of the standings with 13 points. 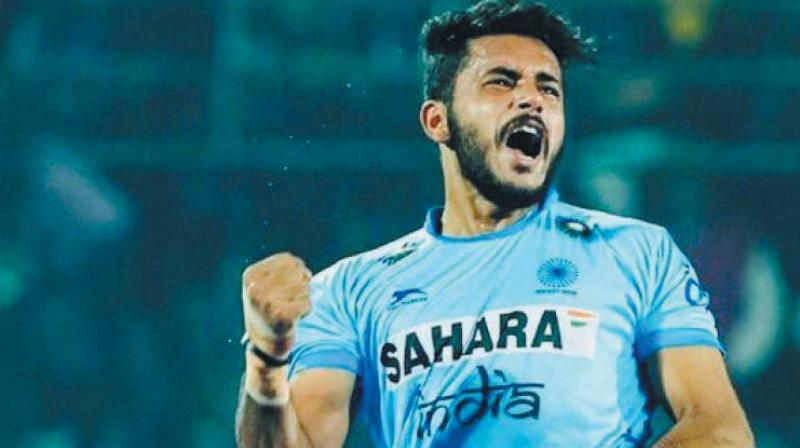 Muscat: Harmanpreet Singh scored a hat-trick to hand defending champions India a facile 4-1 victory over South Korea and end their round robin campaign on an unbeaten note at the Hero Asian Champions Trophy here.

Harmanpreet Wednesday opened the scoring for India in the fifth minute with a firm drag-flick and returned to score two more goals with rasping dragflicks in the 47th and 59th minutes to become the tournament’s third player to score a treble.

India’s Dilpreet Singh and Pakistan’s Aleem Bilal are the other players to have registered hat-tricks in the tournament so far.

Besides Harmanpreet, Gurjant Singh scored a fine field goal for India in the 10th minute.

After a goalless draw against Malaysia on Tuesday, the Indians started on an attacking note against the South Koreans from the opening whistle.

India maintained possession in the opening few minutes and earned their first penalty corner in the fifth minute which was fiercely struck in the top right corner by Harmanpreet. Thereafter, South Korea seemed content in sitting back.