The 19-year-old Suradit, who won his last two starts in Thailand and Pakistan, was off the blocks soon and hit four birdied on front nine. 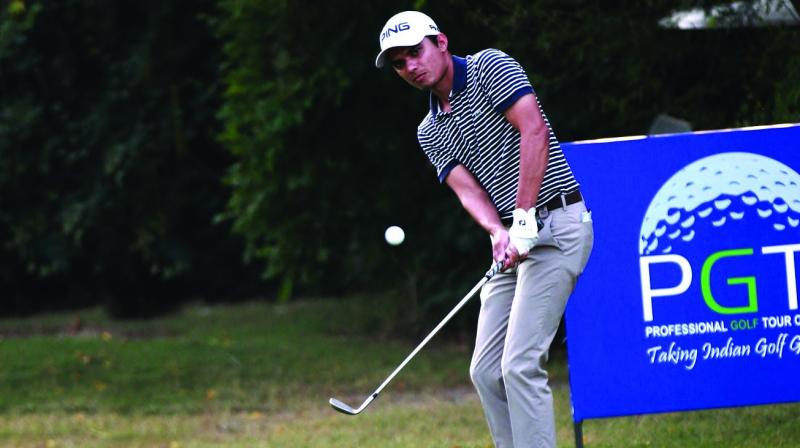 New Delhi: Thailand’s Suradit Yongcharoenchai, who is gunning for a hat-trick of titles, started his campaign on a right note at the Panasonic Open India golf tournament on Thursday by grabbing a one-shot sole lead with six-under-66 at the Delhi Golf Club here.

The Indian duo of Ajeetesh Sandhu and Tapy Ghai were hot on Suradit’s heels as they shared the second spot with talented Bangladesh golfer Siddikur Rehman at five-under 67.

“The score is pretty good. I played alright, not my best. It’s something that might just happen on this course. Those three birdies in a row kind of gave me some momentum heading into the remainder of the round,” Chandigarh boy Sandhu, a winner on the Asian Tour last year, said.

Gurgaon-based Ghai, who bagged his maiden professional title on the PGTI earlier this month, carried his form to the DGC as he mixed seven birdies with two bogeys.

The 19-year-old Suradit, who won his last two starts in Thailand and Pakistan, was off the blocks soon and hit four birdied on front nine. “I made a really good birdie on the par-three seventh hole. I hit it close to within a foot and tapped in for birdie. I played pretty consistently through the round today. This is my second time playing on this course and in this tournament,” the opening day’s leader said.

“Obviously I am riding on my good form as well. I finished tied-fifth in Pakistan two weeks ago and was joint runner-up when I last played in India two months ago. I haven’t changed my routine much so I will keep doing what I have been doing,” the Thai added.

Ace Jeev Milkha Singh was tied-9th at 3-under 69, alongside two other Indians, 19-year-old Karandeep Kochhar and Kapil Kumar.

“Maybe the fact that my tournament is coming up next week and seeing so many bright youngsters is inspiring me,” said Jeev with a huge smile. “I felt good and hopefully can carry on like this.”

Tournament favourite and defending champion Shiv Kapur was tied 16 and will look to cut down on his errors to overcome a slow start. He carded a 70 to be tied 16th with seven other Indians — Angad Cheema, Akshay Sharma, M. Dharma, Jyoti Randhawa, Aman Raj, Shankar Das and Sachin Baisoya.