A knee-injury has derailed Saina Nehwal’s season but the ace shuttler is showing signs of getting back to full fitness. 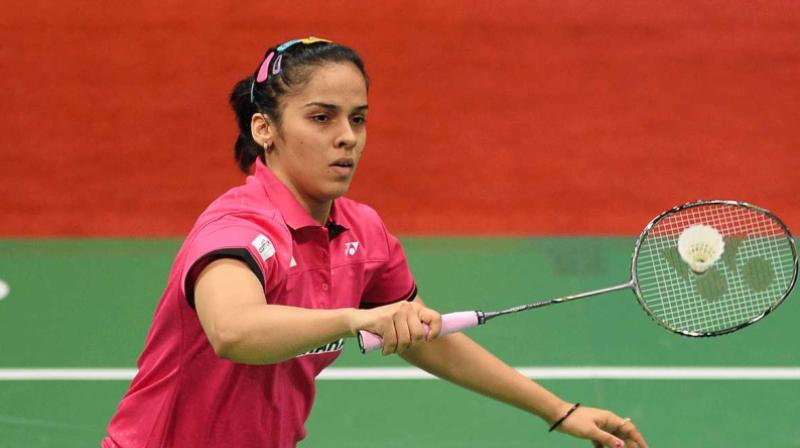 Although she lost to Cheung Ngan-yi on Friday, a quarterfinal finish in the Hong Kong Open indicates that Saina is on her way back to full match-fitness. (Photo: AFP)

Hong Kong: Ace Indian shuttler Saina Nehwal lamented the amount of pressure on Indian athletes after her quarterfinal loss at the hands of local player Cheung Ngan-yi, in the Hong Kong Open.

The 26-year-old, who is India’s second highest-ranked women’s singles badminton player, has had a difficult year, crashing out in the second round of the Rio Olympics, with a straight-games loss to Marija Ulitina.

“Successful athletes are under huge pressure to keep winning, while remaining perfect role models,” Saina was quoted as saying in Indian sports news portal Sportskeeda. “It’s quite a huge burden.”

The ace shuttler has been suffering from a long-term knee-injury, that has kept her out of action for a few months, and went under the knife after the Olympics.

Although she made her comeback in the China Open, she was clearly still rusty after her knee surgery, and lost in the very first round itself against Porntip Buranaprasertsuk of Thailand.

She notched-up a better showing in the Hong Kong open, exacting her revenge on Porntip in the first round. However, Saina’s run in the Hong Kong Open was stopped short in the quarter-finals stage, with a Ngan-yi.

Speaking about the pressure of expectations on a top-level Indian athlete, Saina said: “The Indian public gets very much attached to you when you accomplish something great and if you lose they are going to criticise you in a bad way. But if you win, you are everywhere.”

The 26-year-old is showing good progress after the China Open disaster, whowing signs that she is finally getting back to full match-fitness. However, Saina still has some way to go, if she wants to convert the quarterfinal finishes to medals.