India produced a spirited performance against world No.9 Spain 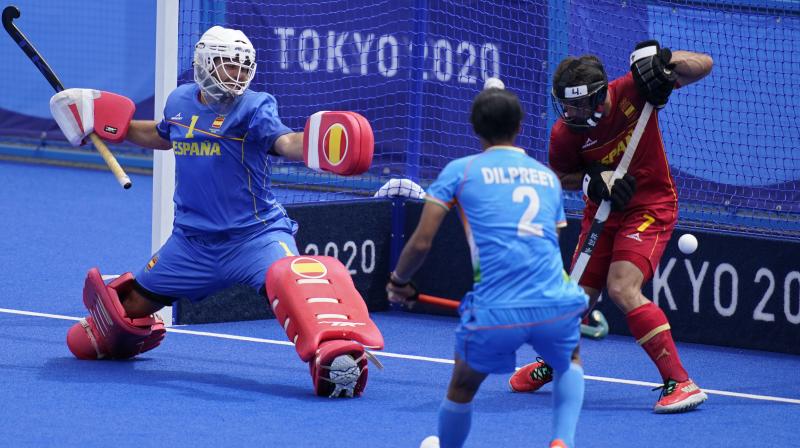 Tokyo: The Indian men's hockey team defeated Spain 3-0 to register its second win at the Tokyo Olympics here on Tuesday.

Drubbed 1-7 by Australia in their last match, India produced a spirited performance against world No.9 Spain and scored through Simranjeet Singh (14th minute) and Rupinder Pal Singh (15th and 51st) to record a comfortable win in their third Pool A match at the OI Hockey Stadium.

India had earlier defeated New Zealand 3-2 in their opening fixture. Spain, on the other hand, are yet to register a win in the competition.

Spain drew 1-1 against Argentina before losing 3-4 to New Zealand.

The Indians will next play reigning Olympic champions Argentina on Thursday.